Rihanna: "I Was Bullied At School For Being White” 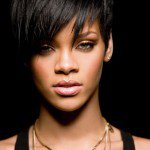 Speaking of the Barbadian-American attorney general Eric Holder ... from the Barbados Free Press, 12/19/07:

The Ugly Secret Of Barbados Revealed Worldwide: Rihanna “I Was Bullied At School For Being White”

The hidden secret of Barbados has just been splashed all over the world as the most popular music star on the planet says in a new media interview that she was bullied in school for being “white”. (ShowBiz Spy: Rihanna says she was bullied at school – for being ‘white’)

This might be the best thing that ever happened to those of us on this island who have shades of skin that are “not dark enough” – because it will focus world attention on that dirty little Bajan secret that we all live with: a virulent new strain of racism is alive and well in Barbados and it is being nurtured by our own government to serve a partisan agenda.

Racism raises its head in schools, when applying for a government job, when shopping for groceries. And especially in politics.

Racial division is encouraged by a Barbados political elite that regularly dismisses valid criticism on the basis that the opponent’s skin is not dark enough. Bajans with lighter skin colours are often given as a reason for failure – be it personal failure or failure of government projects – much like the Russian Communists would attribute production shortfalls to “wreckers”.

Oh yes, the “whites” and “asians” are the cause of all trouble on this island of mongrels.

Bajans who have never traveled abroad are almost always surprised that persons considered “white” on Barbados are considered “black” in North America or Europe!

Who among us is of “pure” racial stock? We are truly an island of mongrels.

I discussed the West Indian middle class marriage system that produced Rihanna and Holder in my review of Malcolm Gladwell's Outliers.