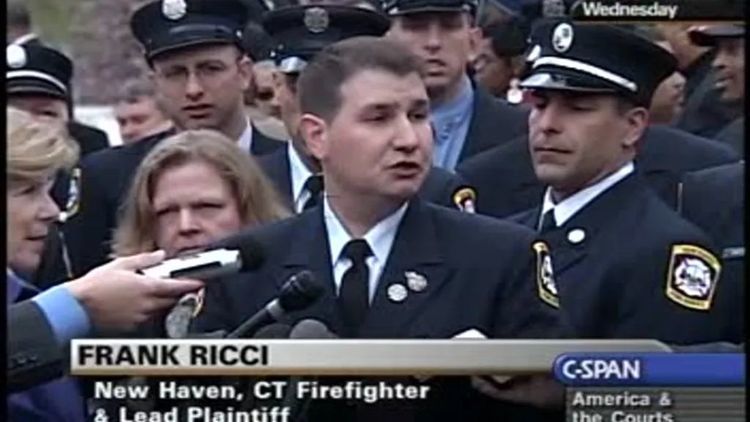 Something worth thinking about is the valuable role the firefighter's union in New Haven played in keeping the politicians from getting their hands all over the fire department. It was the union that had negotiated the compromise by which 60% of the weight would be given to a written test (i.e., objective and blind-graded), while the city got only 40% of the weight given to a subjective oral test, where minorities made up almost 2/3rds of the judges.

In general, in cities that have tipped toward minority political dominance, where conmen like Rev. Kimber are trying to get their hands on control of the jobs, unions sometimes provide a bulwark against race discrimination.

This provides a new/old perspective on the much-denounced subject of teachers' unions. It's widely believed that if only we got rid of teachers unions, then we'd have superstar teachers in every inner city classroom. Yet, history suggests that we might wind up with worse teachers because rising politicians would try to fire the old white teachers and give their jobs to co-ethnics.

That's exactly what happened in the late 1960s in the black Ocean Hill neighborhood in New York City, when the NY school board temporarily decentralized. Black politicians immediately fired huge numbers of white teachers (mostly Jewish) and hired blacks. Albert Shanker, the union boss of the United Federation of Teachers, went on the warpath. A huge brouhaha ensued and Shanker eventually mostly won and got the white teachers re-installed. In "Sleeper" (1973), Woody Allen is told by the people of the future that his age had been obliterated when "a man named Albert Shanker got hold of a nuclear warhead."

That teachers unions and their seniority rules keep white teachers in jobs in minority-run cities is one of those phenomenon that nobody talks about but is staring you right in the face.