Responsible Legislators Disagree with Obama that Terror Threat Is Diminished

One of the ways that the Obama Administration misleads about the jihadists threat is by its use of the term “al-Qaeda.” While that was the group that attacked us on 9/11, it is only one of dozens of similar jihad gangs around the world working for a global caliphate of universal Islamic rule. Several are well known, like Somalia’s al-Shabaab that recently massacred dozens of shoppers in a Nairobi mall (shown below). 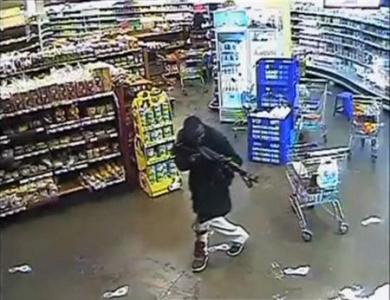 Congressman Mike McCaul, Chair of the House Homeland Security Committee, appeared on Fox News Monday to draw attention to Obama’s inaccurate characterization of the war on terror. The President routinely says, “Al Qaeda is on the run” which, strictly speaking, may be accurate. But other jihadist enterprises are on the march throughout the world. The murder of the American ambassador to Libya a year ago was a big win from the viewpoint of hostile Muslims everywhere, and that nation’s assembly recently voted to follow sharia law.

As Rep. McCaul remarked on Fox:

“The president has this narrative that I believe is a false narrative that gives a false sense of security, that since the killing of bin Laden everything is fine, al-Qaida is on the run, and this war on terrorism is over. And quite the contrary. I would say it’s not a pre-9/11 threat as he indicates, but rather a threat that spreads like wildfire, like a spiderweb across northern Africa. We’ve seen Egypt fall, we’ve see Libya fall, this is where they look for power vacuums and they breed and thrive in those vacuums, Syria now the culmination of the Sunni-Shia conflict is perhaps one of the biggest breeding training grounds in the world with jihadists pouring in from all over the world, not just from the Middle East but from Europe and the United States. [. . .]

But the smaller-scale attacks, like we saw in Boston earlier this year, we are not protected from. They are much more difficult to detect, deter and disrupt. So when he says we’ve taken out core al-Qaida, he’s talking about a very, very small faction of radical extremists.”

A few other examples of energized Islam: France felt it was necessary to send troops to Mali to knock back the sharia forces earlier this year. The majority Christian Central African Republic has been split by a civil war started by Muslims who took over the capital this year. The Nigerian city of Kano is run by jihadists, who destroyed the local supply of beer in November for the love of Mohammed. The jihad government of Egypt was taken out, but supporters of Allah-flavored tyranny hope to get back in power there.

Some wins, some losses, but overall the Islamic war of violence and demography is proceeding along nicely from their perspective.

CANDY CROWLEY: The big question that’s always asked, are we safer now than we were a year ago, two years ago? In general?

FEINSTEIN: I don’t think so. I think terror is up worldwide, the statistics indicate that, the fatalities are way up. The numbers are way up. There are new bombs, very big bombs, trucks being reinforced for those bombs. There are bombs that go through magnatometers. The bomb maker is still alive. There are more groups that ever and there’s huge malevolence out there.

CROWLEY: So congressman, I have to say, that is not the answer I expected. I expected to hear, oh, we’re safer. Do you agree?

ROGERS: Oh, I absolutely agree that we’re not safer today for the same very reasons.

So why doesn’t the government stop admitting Muslim immigrants? Doesn’t the country have enough diverse hostility yet?