To the long list of scandals stewing in Washington, we should add the push for massively increased legal immigration (plus amnesty) when more than 20 million citizens cannot find jobs and the labor participation rate is the lowest in 34 years. (Ninety million Americans are not in the labor force.) Debates on the Senate bill rarely mention that an “increased flow” of foreign workers is a big part of the deal. Senator Jeff Sessions conservatively estimates that 30 million will be added to the labor pool in the next decade.

Americans are being replaced by exploitable foreigners — that’s the plan. Amnesty for millions of lawbreaking foreigners has been the headline issue, but a permanent increase in legal immigration will change the national character forever, by importing masses of hispanics whose cultures prefer big government.

In addition, the growing use of robotic technology from offices to farms is reducing the need for human workers. How can the elites’ crazed overpopulation policy possibly turn out well? 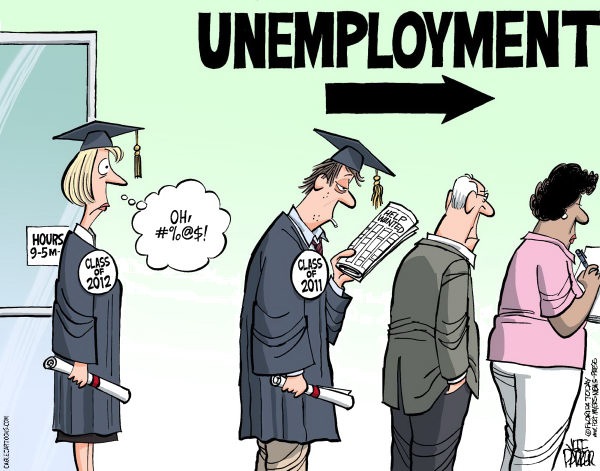 Another bad signpost is the inability of teens to find work: fewer than a third of kids had a job this summer, down from 52 percent in 1999. (See my July blog, Grim Outlook for Jobless Teens.) How are young people supposed to learn good work habits when they can’t even get started at the bottom rung?