Congressman Ted Poe (R-TX) is an astute fellow when it comes to crime. As a former prosecutor and judge, he understands the necessity of harsh punishment for stubborn offenders. He sees the consequences of crime as well, shown by his leadership of the Congressional Victims’ Rights Caucus.

One of his issues has been to force recalcitrant nations to accept their deportable criminal aliens. Poe’s solution, in the Deport Convicted Foreign Criminals Act HR 3256, has been to end diplomatic visas for irresponsible countries, and if that doesn’t get the miscreant’s attention, then stop other sorts of visas. (Read his introduction to the bill on the House floor, Oct. 25, 2011, Deport Foreign Criminals or watch a video). 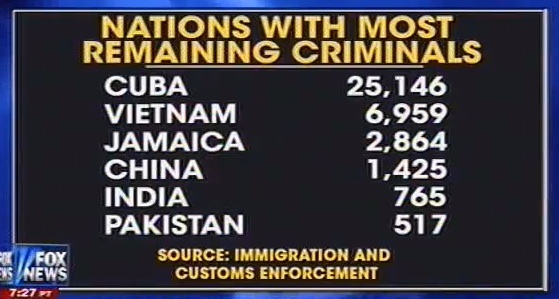 The difficulty here is that the Supreme Court has ruled that illegal alien criminals cannot be held indefinitely if their homelands refuse to take them back. As a result, some very violent foreigners have been released onto American streets and have committed terrible crimes.

Today’s update from Fox News (below) includes some egregious cases of horrific murders committed by released foreign felons, two of which I have reported earlier.

One awful crime was the murder of beloved grandmother and community member Lois Decker, 73 (pictured below). Her killer, Shafiqul Islam of Bangladesh, had been convicted of child sex abuse in 2008 and was supposed to be deported, but was eventually released instead because his country wouldn’t take him. (For details, see Illegal Alien Bangladeshi Is Sentenced for Murdering Hillsdale NY Grandmother.) 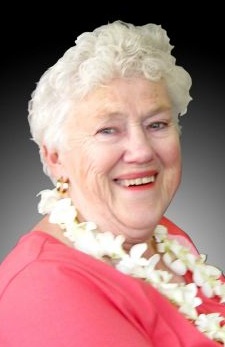 Following is Tuesday’s report. Note how a major obstruction to protecting public safety is the State Department, which is one of the more unaccountable agencies in Washington. It’s disappointing even a scaled-back bill looks to be going nowhere — another sign that the safety of American citizens counts for zero in the capital city.

Long after they were ordered out of the country, thousands of criminal aliens from places like China, Cuba, Vietnam and Pakistan remain free in the United States to commit new crimes because their home countries refuse to take them back.

For years, this unique problem percolated under the political radar. But recent crimes by immigrant felons have lawmakers scrambling to punish nations that refuse to repatriate their own citizens. The Obama administration and many Democrats in Congress, however, are blocking punitive legislation, preferring to let the State Department handle the issue diplomatically.

Rep. Ted Poe, R-Texas, is leading the charge in Congress to change the law, pushing to withhold visas to nations that refuse to take back their own.

“I don’t know why the State Department seems to take the side of foreign countries over our own American interest in the United States,” Poe said, urging the U.S. to tell those countries: “Look, you take these people back or the consequence is going to be no visas for your nation.”

Under a 2001 Supreme Court decision, U.S. immigration officials are only permitted to hold someone for six months after their incarceration. So when a home nation refuses to take back their national, the U.S. is required to release them — no matter what they’ve done.

The issue recently came to Poe’s attention after three especially heinous crimes were committed by men ordered deported years ago.

In June, a judge sentenced 22-year-old Shafiqul Islam, a Bangladeshi national, for the murder of 73-year-old Lois Decker.

“This man was a dangerous criminal,” said Hudson New York District Attorney Paul Czajka. “He should not have been in the United States. At the very least, he should have been in detention.”

Islam murdered Decker after serving a year for sexually assaulting a child. After his release from prison, a judge ordered Islam deported.

Bangladesh, however, refused to take him back. Because of the 2001 high court ruling, Islam stayed in the country.

“Lois had so much more living to do. She’ll never see her grandchildren marry. Or see them have children. She loved her family, her friends and her church,” lamented Decker’s sister Sue Call at Islam’s sentencing hearing.

Police say Decker was at home when Islam broke in and strangled her to death in March. Decker taught Sunday school, volunteered at church and supported veterans’ groups. Her case ignited a storm of criticism in tiny Hudson, N.Y., but it is hardly isolated. More than 50,000 criminal alien immigrants ordered deported remain in the U.S.

Those nations with the highest numbers, in order, are: Cuba, China, India, Pakistan and Vietnam.

Another example is 35-year-old Binh Thai Luc. Luc was a career thief who served an eight-year term in California state prison. A judge kicked him out of the U.S. but when Vietnam refused to take him back, he was released onto the streets of San Francisco. In March, Luc allegedly bludgeoned to death a family of five.

In Boston, a Cambodian gang member stabbed and beat 16-year-old Ashton Cline-McMurray to death with a golf club. The boy, disabled with cerebral palsy, was attacked while walking home from a football game. Originally, prosecutors charged Loeun Heng with murder, which carried a life sentence. However, in 2003 they agreed to a plea bargain, believing Heng could be deported. Last year, when he was released from prison, Cambodia refused to take him back, putting him back on the streets.

“They said he would never set foot basically on American soil again,” said the boy’s mother Sandra Hutchinson. “It’s crazy. They’re just letting him back out there to do it to somebody else.” Eventually, Cambodia relented and took him back.

But these cases caught Poe’s attention. His first bill introduced last year refused any visas — student, business or tourist — to any country that refused to repatriate their criminals. That bill went nowhere, opposed by the travel industry, the administration and Democrats in Congress

Back again in the House Immigration Subcommittee, Poe is trying again. This year, his bill only applies to visas for diplomatic staff from countries that refuse deported nationals. But many Democrats believe even that is too aggressive.

“What Poe’s bill will do is throw a monkey wrench into diplomatic relations. It is a nonstarter for that reason,” says immigration attorney Dave Leopold. “It makes it extremely difficult, if not impossible, for the secretary of State and the secretary of Homeland Security to make intelligent decisions about when to stop issuing visas to countries that refuse to take their criminal alien deportees.”

Poe says the State Department already has the discretion to withhold visas from offending nations, but used it only once in 2005 against Guyana. The country immediately took back its 100 citizens. His bill currently in committee would make the sanctions mandatory.

“These people don’t go back. They stay here. They commit crimes. And the countries that are responsible for them don’t do anything about it. It’s time the United States do something about it and hold these countries accountable,” said Poe. “They aren’t going to have any choice if we pass this law.’

Fox News contacted Democratic members of the immigration subcommittee, but they declined interviews on the topic.