Remake Of JONNY QUEST Cartoons Expected To Have A Different "Race"

Hollywood is apparently turning the venerable "Jonny Quest" action cartoon from the 1960s into a live action flick. But with one small change.

Jonny was the son of Dr. Benton Quest, a U.S. government scientist who took Jonny, his Indian pal, Hadji, their dog, Bandit and karate-chopping bodyguard Race Bannon around the world on scientific adventures that always involved fisticuffs, gunplay and lots of derring do. 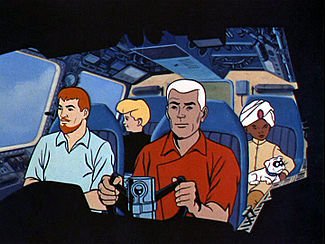 And wouldn't you know it, commenters at CNN's story want to reimagine Bannon's race. One fellow wants to see Idris Elba in the role, while another suggests Danny Trejo.

Nothing is sacred. Don't forget how Slate reimagined "The Godfather."

Bannon was white. If they make this film, my vote for Bannon goes to Matt Damon, who convincingly played special forces badass Jason Bourne.