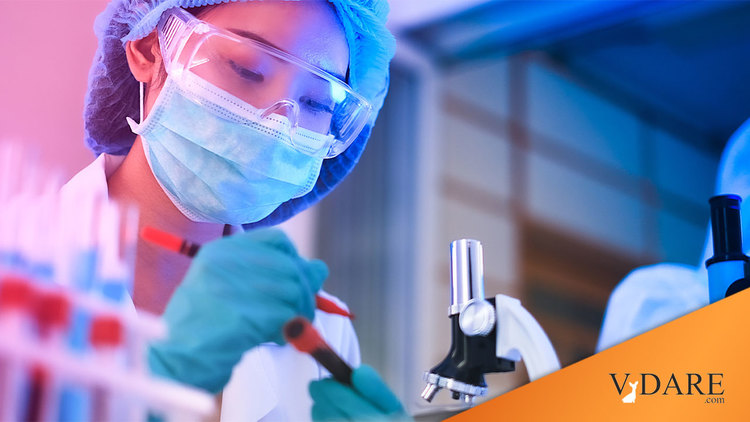 There’s been interesting media activity over the last few days about Red China’s interest in human DNA across the globe. On Sunday, CBS’ Sixty Minutes dedicated two segments to the subject: China’s push to control Americans’ health care future and Companies and foreign countries vying for your DNA.

[Bill] Evanina and other security experts warned specifically about the danger that if China can collect tremendous amounts of medical data about Americans, including their DNA, it could be able to monopolize the production of diagnostic equipment and medicines needed to treat them, gaining increasing amounts of leverage over the U.S. population, its government, and American industry. . .

The Chinese government is reportedly frantic to collect DNA from its own citizens, without giving any reasonable explanation for why it needs such extensive data.

Don’t we already know that allowing unfriendly Red China to produce medical supplies and pharmaceuticals for American use is a really bad idea because it endangers the health and safety of citizens? What’s new now?

In the current case, there has been a fair amount of media attention paid to a somewhat vague threat. Perhaps the press is holding back so it won’t be accused of anti-Chinese racism. 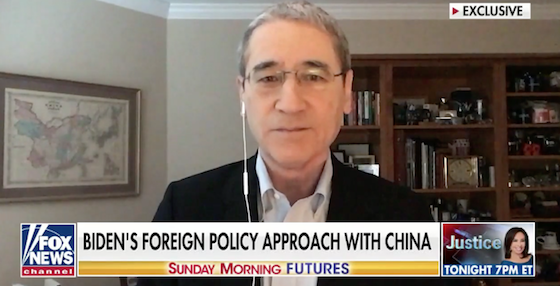 China expert Gordon Chang has been more specific about what Beijing might be cooking up. At around 4 minutes into the video below, Chang explained on Fox News’ Sunday Morning Futures what might be transpiring behind the curtain:

MARIA BARTIROMO: And you said that the most important thing to focus on is the gene editing — they’re making their military superhuman.

GORDON CHANG: Yes, well they’re talking about a new type of biological warfare of specific ethnic genetic attacks which means that the next disease from China could leave the Chinese immune, but affect only us and that means it could cripple societies around the world. So we’ve got to be concerned about the next disease, and Biden isn’t even challenging China on covid-19, so we’ve got to worry about where we’re going to be on the next pathogen.

During a December interview, Chang similarly opined, “China is probably trying to develop diseases that target not just everybody, but target only certain ethnic or racial groups.”

Whether the Wuhan virus was an accident or purpose-built, the world pandemic has worked out quite well for Red China—America has suffered a serious recession and President Trump was apparently defeated in a rather haphazard election. So why wouldn’t China cook up more of the same in the future, as Gordon Chang suggests? The next pathogen need not kill millions to cripple the nation, it just needs to sicken many of the people and upset the normal functioning of the economy.