Record Homicide Number In 28% Black Columbus, Ohio (Higher Than In The 1991 Crack Epidemic)

In 2017, black people in Columbus, Ohio—representing 28 percent of the city's population—helped the capital of the state record a highly dubious honor: 143 homicides, breaking the previous record set in 1991 during the height of the cocaine epidemic. 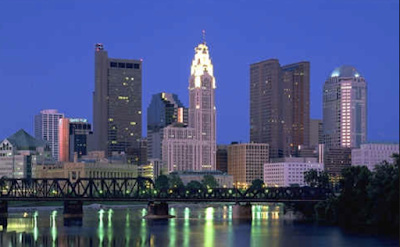 Remember, only 28 percent of Columbus is black, but blacks represented 77 percent of the victims of homicides in 2017. The data is not available yet, but it can be reasonably surmised blacks accounted for between 85-90% of homicide suspects in 2017 Columbus.

Candles illuminated first grief and then horror on the faces of children at the vigil for a slain friend as dark-clothed gunmen sprayed the crowd of mourners with bullets.

The group had gathered on Barthman Avenue on the South Side in mid-December to remember Brandon Meeks, 29, who had been gunned down there two days earlier.

Four more were struck with bullets during that vigil, including a 9-year-old girl.

One of them died: Chaz Robertson, 32, a friend of Meeks.

In what has been the deadliest year in Columbus’ 205-year history, this homicide was the most galling for city leaders, police and leaders of the black community.

“When people can’t even gather to mourn their loved one without fearing for their safety, what kind of community do we have?” said Nana Watson, head of the Columbus chapter of the NAACP.

The homicide surge flows from three problems: the opioid epidemic, access to guns, and gang violence. Those problems and the killings they have spawned are straining relations between the Columbus Division of Police and leaders at City Hall at a time when the city is looking for unity.

Watson, president of the NAACP, said she and a few area pastors plan to meet with gang members “and tell them to leave their guns at home.”

“This has got to stop,” she said. “We need to have more conversations in the black community about this, but we all need to address this issue head-on.”

Can we chalk this up to Black Lives Matter and the de-policing going on nationwide, as white cops decide they'd rather keep their pension intact instead of going into hiding as Officer Darren Wilson did when he dared believe black criminals should be held accountable for their actions?

Black Lives Don't Matter in Columbus, Ohio, where black people continue to kill and shoot one another at levels now even supplanting the crack epidemic in violence.

It's not drugs or gangs fueling the record violence in Columbus, just black people.