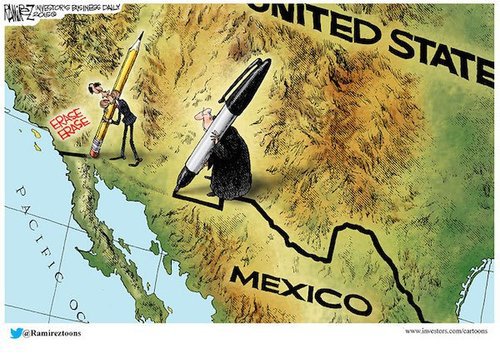 The pollsters at Rasmussen have quizzed American voters and found that 53 percent of the Obama’s Democrat party think illegal aliens are good to go in the voting booth, equal to us citizens. Only 21 percent of Republicans agree with that idea. The idea is another slice in the death by a thousand cuts to national sovereignty and the rule of law.

Also noteworthy is the topic of how legislative districts are determined, a case that will be examined by the Supreme Court. At present, the total number of residents is used to draw the boundaries, but that includes millions of illegal aliens, giving more representation to states like California that are loaded up with foreigners. In the poll, two-thirds agreed with the idea that only eligible voters should be counted for purposes of determining districts. This case is worth watching for the outcome, since a change might be advantageous for Republican candidates.

Most Democrats Think Illegal Immigrants Should Vote, Rasmussen Reports, May 29, 2015

Are voters ready to let illegal immigrants vote? A sizable number, including most Democrats, are.

The latest Rasmussen Reports national telephone survey finds that one-out-of-three Likely U.S. Voters (35%) now believes that illegal immigrants should be allowed to vote if they can prove they live in this country and pay taxes. Sixty percent (60%) disagree, while five percent (5%) are undecided. (To see survey question wording, click here.)

Fifty-three percent (53%) of Democrats think tax-paying illegal immigrants should have the right to vote. Twenty-one percent (21%) of Republicans and 30% of voters not affiliated with either major political party agree.

The U.S. Supreme Court has just agreed to hear a case challenging how Texas sets up state legislative districts. Texas currently counts everyone in the state, including illegal immigrants, before carving up districts of proportional population size, but the challenge argues that only eligible voters should be counted because the current system creates some districts with much larger numbers of eligible voters than others.

Sixty-six percent (66%) of voters agree with the legal challenge and say states should only count eligible voters when setting the size of legislative districts for voting purposes. Just 23% favor the current system in Texas that counts all residents including illegal immigrants. Eleven percent (11%) are not sure.

The survey of 952 Likely Voters was conducted on May 27-28, 2015 by Rasmussen Reports. The margin of sampling error is +/- 3 percentage points with a 95% level of confidence. Field work for all Rasmussen Reports surveys is conducted by Pulse Opinion Research, LLC. See methodology.

Women are more supportive than men of letting tax-paying illegal immigrants vote, but the two are in general agreement that the size of voting districts should be determined by counting only the number of eligible voters.

Eighty-three percent (83%) of Republicans think states should only count eligible voters in setting the size of legislative districts, a view shared by 65% of unaffiliated voters and 52% of Democrats.

Twenty-eight percent (28%) of all voters say it is too easy to vote in America today. Eighteen percent (18%) think it’s too hard to vote, while 49% rate the level of difficulty as about right.

But voters are more confident in the fairness of U.S. elections than they have been in over two years.

Most voters have said consistently for years that gaining control of the border is more important than legalizing the status of undocumented workers already living in the United States.