Radio Derb Transcript Up: "Forty acres and a mule … in Siberia."

Forty acres and a mule … in Siberia. If you're looking for an investment opportunity, here's something for your consideration.

Vladimir Putin has just signed a new law offering a hectare of land — that's two and a half acres — to any Russian that wants it.

That's the good news. The bad news is, the land is in Siberia.

After you have used the land lawfully for five years you get full title. You can rent it out or sell it. 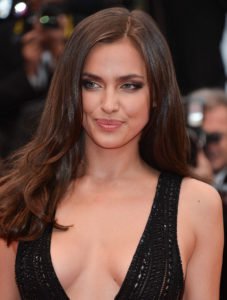 So far the offer is only open to Russians citizens. Foreigners may be able to buy into it, though. Or, if you're single, you could marry into it: Russia has a lot of beautiful women. And no, it's not true that every Russian woman wakes up on her 35th birthday transformed into a replica of Nina Khrushchev.

If the global warming alarmists are right, this could be a really good investment. Fifty years from now, Siberia might be Kansas. All right, it's a gamble. You don't want to gamble, go buy a bunch of T-bonds.

In fact, global warming aside, Siberia has its charms. Persons of status in the old U.S.S.R. would sometimes take hunting vacations out in eastern Siberia. One such person described it to me as an unspoiled paradise of wildlife and sensational landscapes. Varlam Shalamov, who did time in a Stalin-era slave-labor camp in northeast Siberia, in his stories broke off now and then from describing the horrors of camp life to include some similarly lyrical descriptions of the Siberian scenery.

Question for listeners who watch Russian TV: Do they have shows like our own Alaskan Bush People, but about Siberia? Just curious.