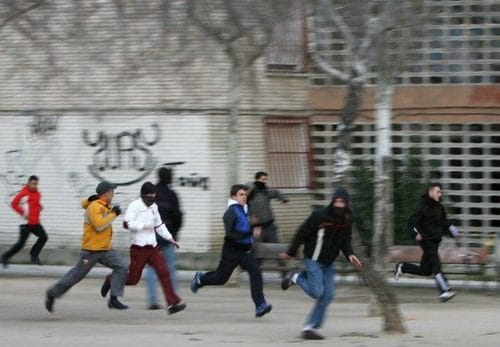 Radio Derb Is On The Air: Syrians? Syriously? Et Cetera.

In my fourth segment this week I note the aura of blithe entitlement many of Europe’s “refugees” display.

Edited extract, commenting on an NPR feature in which the reporter was talking to a Syrian “refugee” couple who “decided to leave Syria when their child was born.”  The clips are from the NPR feature.

[Clip: “In the war now, there is no place to raise a child.”] Well, yeah, things are tough in wartime. Last week I obituarized British pop singer Joy Beverley, who had just died age 91. I mentioned that Joy and her sisters, when children, had been evacuated to my home town of Northampton because the East End of London, where their family lived, was having the crap bombed out of it by Herman Göring’s Luftwaffe. Can’t Syrians evacuate their kids to safe towns like we did?

And then: [Clip: “Saloukha says Austria was always his first choice, perhaps because he loves classical music.”] Sheesh, it sounds like the guy’s applying to college. His first choice?

… Even being a refugee didn’t used to work like this. Refugees were corralled, tallied, fumigated, made to wait in grungy camps, then assigned to destination countries. Read Arthur Koestler’s memoir Scum of the Earth. Even ordinary immigration didn’t work like this. There were checks to be done, hoops to jump through.

No more, not if you have Third World privilege. You just have to show up.

Invasion is the new immigration.

To some degree, no doubt, this sense of entitlement is a feature of our time everywhere.  I even see it in my own kids sometimes.

I wonder, though, if the position of young males in a Muslim family doesn’t add another layer of entitlement.  There does seem to be a strong tendency among young Muslim men to behave like spoiled brats.

It’s all here at VDARE.com.