Radio Derb Is On The Air: Is The U.S.A. A One-Party State? (Also "You Cannot Be Syrious") 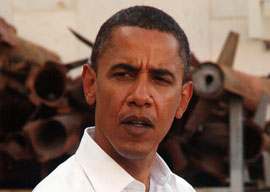 One segment in this week’s broadcast picks over Thomas Edsall’s September 3rd article on the New York Times blog: How Fragile Is the New Democratic Coalition?  Not very, is my conclusion.

Edsall also tells us that: “The higher the non-Hispanic white birthrate of a state, the stronger its vote in 2004 for [George W.] Bush.”

That won't be any news to fans of Steve Sailer, who's been telling us this for years. And therein lies the answer to Edsall's title question. How fragile is the New Democratic Coalition, the coalition of SDT liberal yuppies, new immigrants, and government-dependent minorities? Answer: Not fragile at all. It's held together firmly by its loathing of non-Hispanic whites living in places where there's plenty of space to live cheaply and raise kids.

The great paradox of American politics is that this latter group — white Americans who want to raise families the traditional way some place where you can buy a home with a yard for less than half a million dollars — this group, though very numerous, doesn't have a party representing it. They vote Republican, but with less and less enthusiasm. On the numerical evidence, in fact, their lack of enthusiasm is what lost Mitt Romney the Presidency last year.

In matters of values and policies — think of same-sex marriage, think of amnesty for illegal aliens, think of affirmative action, think of bombing Syria — the GOP can hardly be distinguished from the Democrats. A friend of mine likes to quip that there are two parties in the U.S.A. today: the Pro-Choice Cultural Marxists, and the Pro-Life Cultural Marxists. That's about the measure of it.

Elsewhere I note the increasing nastiness of the North Korean regime.  Every time I see a picture of Kim Jong-un’s puffy face I find my self thinking: Don’t people over there know what lamp-posts are for?

Since nobody has been able to find a copy of the video, the story about it is widely disbelieved. The commonest alternative theory is that Ms. Hyon, known to be an ex-girlfriend of the Excellent Leader, was framed by his wife.

I don't know the truth of the matter, and neither does anyone else this side of Pyongyang. I am, though, thoroughly enjoying the fantasies of ordering ex-girlfriends to be machine-gunned.

Oh, come on, you know you would if you could.