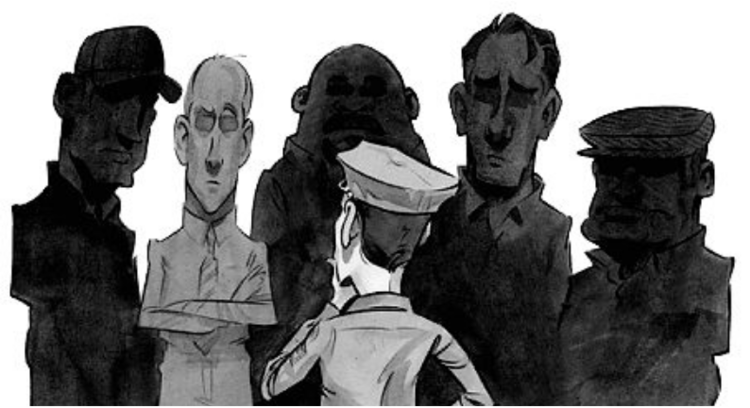 Ann Althouse has a blog linking to I was a racial profiler: Ex-cop says he used skin color to make arrests, By Jake Mcnicholas, New York Daily News, August 2nd 2009, about the racial profiling of white people who go to buy drugs in black areas:

"That's all you really had to do. Cruise Broadway or Amsterdam Ave. or Riverside Drive in an unmarked car, spot the white guy driving the vehicle with the Jersey plate slow and deliberate, watch him park and shuffle to the sale location, watch him walk back to the vehicle with the pep in his step shortly thereafter and bingo. Most times you had a collar. That's what you were paying us for, wasn't it? The good people of Washington Heights have a right to live in a neighborhood free of cretins driving over the George Washington Bridge to Manhattan for the sole purpose of buying drugs, don't they? Is that not good police work? Of course it is."[Racial profiling in NYC: "We looked for *white* people."]

Funny how that works. Where I live the police used to pull over mexicans, and invariably got drunk drivers. That was just wrong, regardless of how effective it was.

As the law stands, that's probably right—that even if the police invariably got drunk drivers when they stopped persons of Mexican appearance, they're not supposed to do that. Why not, you ask? Apparently the Supreme Court has taken the Fourth Amendment and the Fourteenth Amendment and rolled them together to make it law that differential racial crime rates, no matter how true, are not evidence.