Pyrrhic Victory For Cannon In Utah?

Joe Guzzardi's recent blogging on the Utah primary calls to mind an old Thomas Nast cartoon. Nast was commenting on the election of 1876, when massive voter fraud in four Carpetbagger-controlled Southern states (one of which was Florida) prevented the Democrats from winning in the Electoral College and threw everything into a frenzy. Eventually, both parties struck a backroom deal by which the Republican candidate, Rutherford or "Rutherfraud" as some called him at the time) B. Hayes, would become president but would have to remove the remaining federal soldiers still occupying the South. While technically a Republican victory, it so humiliated and weakened the GOP that, as the badly wounded Republican elephant put it "another such victory, and I am undone." 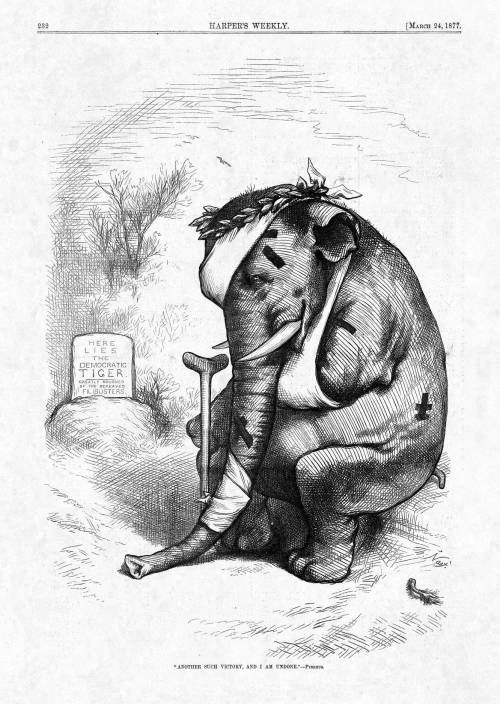