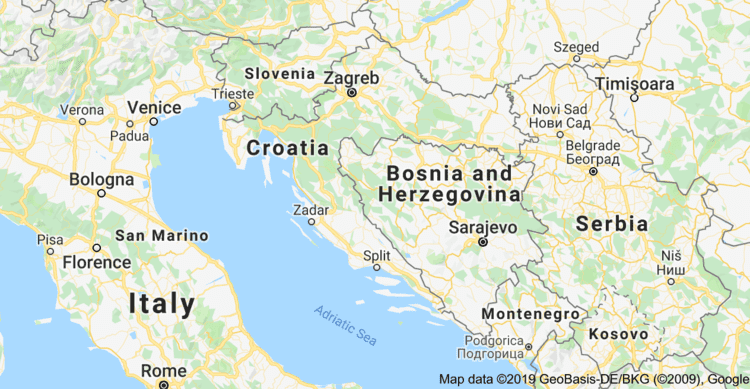 I had a most interesting lunch yesterday with two brothers from the Balkans (former Yugoslavia).  One lives in North America and is a longtime fan of mine, the other just visiting from over there.

What was most fascinating was their account of this (largely) peasant Balkan society opening up and being modernized the past 20-plus years.  The old values, both good (faith, frugality, mutual support) and bad (wife-beating, cultural parochialism) are being replaced by the modern ethic of diversity, human rights, feminism, etc.

There are gains and losses there, to be sure, but what struck me as they were talking was the parallel with the Christianization of Europe in the early Middle Ages by Augustine (of Canterbury, not the other one), Boniface, Cyril, and the rest.

Imagine you're some Slavic or Germanic tribal chieftain back in the day, and emissaries from Rome show up.  Now instead of being some backwoods nobody you can go meet the Pope, hobnob with the globalized upper classes, learn the latest fashions in language, ideas, table manners, etc.  Irresistible!

Paul Johnson's History of Christianity, p. 136: "In these primitive, conservative, post-pagan societies, it was Christianity that stood for progress and the future."

Of course, even once you, the chieftain, have got the point, you still have to Christianize your people; but a couple of salutary impalings will usually take care of that.

It's been just like that in the Balkans, with the EU, George Soros, etc. in the role of Papal emissaries.  The Diversity cult and all the other stuff we conservatives grumble about are a new Universal Faith.  (The root meaning of "catholic" is "universal.")  If you don't sign up to the Universal Faith, you're an unwashed rube.

That's how globalization and Diversity have been sold to the Balkans.

The Balkans aren't short on diversity, of course, but it's the wrong kind of diversity.  The EU emissaries have been especially vexed by the shortage of colored folk down there.

They have come up with two solutions:

The brothers told me a joke that is current around the Balkans.

Two peasants, Josip and Petar, are sitting at an outdoor table drinking slivovitz when a black man strolls by.

Josip:  "Look at that!  Do you think they're all as black as that where he comes from?"

Josip: "Wow. What on Earth do their Gypsies look like, then?"