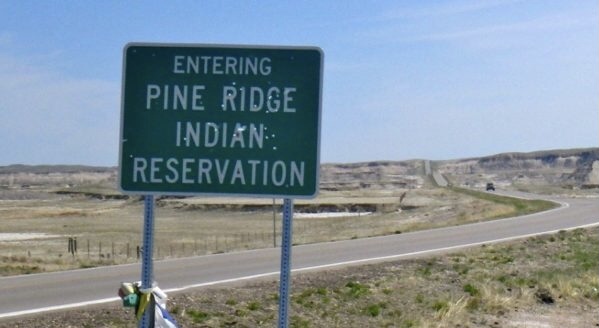 We all know that Prohibition was the worst idea of all time, but some Indian tribes disagree, and with good reason. Like most aboriginal peoples who weren't exposed to alcohol until the last few hundred years, they haven't had time yet for evolution to develop genetic defenses against the effects of firewater. (Along those line, in the Book of Genesis, you can read about early scandals caused by the Patriarchs Noah and Lot getting falling down drunk, but alcoholism seems to have become less of a problem as the Bible goes on.)

So, some American Indian tribes try to keep alcohol off their reservations. For example, in 2001 I played golf on the lovely Barona Creek course on Barona Nation land northwest of San Diego. When we were done, our foursome stopped to get a beer in the clubhouse, but only non-alcoholic beers were for sale. Then I wandered through the adjoining casino, which also was Dry. That's impressive: keeping gamblers sloshed is standard operating procedure in most casinos, but the Barona Indians apparently were so averse to having liquor on their reservation that they passed up this sizable revenue source. The other Indian casino I've been to, San Miguel in San Bernardino, had small bars inside the casino, but the casino didn't seem to push drinking much. I bought a beer and the bartender talked my ear off for five minutes because he was bored and I had been his only customer for about a half hour.

The huge Pine Ridge reservation in South Dakota is officially Dry, I believe, but right over the reservation / state border in Nebraska a few yards away are giant white-owned liquor stores with inebriated Indians from the reservation lying around all over the place dead drunk. From the AP:

The Oglala Sioux Tribe of South Dakota said it is demanding $500 million in damages for the cost of health care, social services and child rehabilitation caused by chronic alcoholism on the reservation, where alcohol is banned.

The lawsuit filed in U.S. District Court of Nebraska also targets four offsite beer stores in Whiteclay, a Nebraska town that despite having only about a dozen residents sold nearly 5 million cans of beer in 2010. Most of its customers come from the reservation on the town's border.

Leaders of the tribe blame the Whiteclay businesses for bootlegging on the reservation. The lawsuit alleges that the beer makers supplied the stores with "volumes of beer far in excess of an amount that could be sold in compliance with the laws of the state of Nebraska" and the tribe.

I don't know about the legal case, but I think the tribe has a strong moral case that these liquor stores should be shut down.