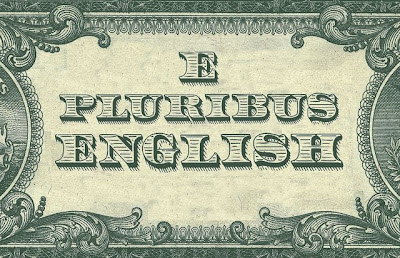 There is so much wrongdoing going on at Pima Community College that it makes your head spin.

Keep in mind that if Terri Bennett’s charges are true, employees of PCC did not just violate her civil rights—as if that weren’t bad enough—but they committed crimes.

In 2001, I pioneered the method of approaching educational institutions as crime scenes, and things have only gotten worse since then. I’ve said it before, and I’ll say it again: Things will only begin to improve in higher ed, when school officials are perp walked in handcuffs in front of TV cameras, and charged for the crimes they’ve been routinely committing for generations.

I hear you: I’m not holding my breath, either.

Now, let’s look at the case of Pima Community College: What are the odds that the Hispanic students who refuse to speak a word of English know English? In what language are they being tested? How are they being graded? How could they possibly do their jobs correctly? They’ll kill people.

They remind me of the Richmond, California high school honor roll student, with a 3.84 grade point average, Liliana Valenzuela, about whom I wrote in The State of White America – 2007. Miss Valenzuela, a then 18-year-old mother of a three-year-old child in California’s most violent city, couldn’t speak a word of English, and had failed the California High School Exit Exam (CHSEE), yet she thought she was entitled to graduate from high school and go on to nursing school. Passing the CHSEE was a diploma requirement which was enforced for the first time in 2006, to keep people like Valenzuela from graduating.

Valenzuela sued the State of California. Initially, a leftwing judge ruled in her favor and against the CHSEE requirement, but he was fortunately overruled by a higher court. It sounds like Pima Community College should be called Liliana Valenzuela Community College.

About 20 years ago at New Jersey’s Hudson Community College, an elegant Cuban lady of a certain age, whom I had never previously met and whom I would never meet again, approached me one afternoon on my way to the building where I taught. She was concerned about the Economics course she was taking. The class was being given in an English-Spanish mishmash; each concept would be identified in one language, and the content given in the other. She asked me for guidance on what language the test would be given in; I was apologetic but dumbfounded.

Why did the elegant lady feel comfortable approaching a complete stranger with her concerns? That wasn’t the only time that sort of thing happened to me at HCC. I used to unintentionally make a radical statement every day at work: I wore a suit and tie.

VANDERVOORT: Arizona student fights for English only at college as law requires

It has been almost a year since Terri Bennett, a nursing student at Pima Community College in Tucson, Ariz., asked school administrators to ensure that students speak English in her class so she could properly ask questions and learn the subject matter.

Yet after making that reasonable request, she says the director of the nursing program called her a “bigot” and other vicious names. Then she was later slapped by the college with a nine-month suspension.

It is incredible to think that this can happen in the United States, where the motto “E Pluribus Unum — “Out of many, one” — has been the traditional assimilation model for everyone who seeks to be an American united by our common English tongue.

It is happening more and more, with the Bennett case being one of the most egregious examples to date.

Ms. Bennett was assigned to student and laboratory projects, and was often the only English speaker in her group. She felt excluded and found the learning environment outright hostile to English speakers.

Why would the taxpayer-supported institution tolerate such an atmosphere? Why did it react with such hostility toward her? Administrators even humiliated the nursing student in front of classmates by serving her with suspension papers and having police escort her off of the campus.

After listening to Ms. Bennett’s ordeal and the facts of the case, ProEnglish contacted the prominent Arizona law firm of Munger Chadwick PLC to represent her in court.

The ball started rolling last July 13 when the college was served with a complaint seeking administrative review. Two days later, a complaint seeking monetary damages against the school was filed on behalf of Ms. Bennett in Superior Court in Tucson.

In late August, Pima Community College filed a response, denying any wrongdoing and even claiming that the student was at fault. So unless the school changes its position, the Bennett case is ready for trial.

The Arizona Constitution — the state’s most fundamental set of laws — is as clear as day: “Representatives of government in this state shall preserve, protect and enhance the role of English as the official language of the government of Arizona.”

Not only did the state-run and publicly funded Pima Community College fail to protect the use of English in the classrooms, it blatantly violated the very next provision of Arizona’s Constitution: “A person shall not be discriminated against or penalized in any way because the person uses or attempts to use English in public or private communication.”

Ms. Bennett sought nothing more than a classroom environment where all students regardless of their backgrounds could communicate freely with each other and without barriers in their quest for learning.

Her attempts at uniting the class were instead spun as “bigoted” and, when she protested that label, Pima’s staff conjured up a series of ugly, racist statements and attributed them to her in reports to the administration.

To add further insult to injury, they even reached out to nationwide news organizations to spread their defamatory statements. In addition to their flagrant violations of Arizona’s highest law, they discriminated against, defamed and harassed her — all because she asked the college to enforce her right to have English be the only language in the classroom.

What happened to Terri Bennett is an outrage. That’s why justice must prevail, thus helping to ensure other students are allowed to learn in English in state taxpayer-supported institutions of higher learning.

The case is a timely reminder, too, why 31 states have enacted official-English-in-government laws. It’s sad to say, however, our nation as a whole doesn’t have an official language.

That’s why U.S. Rep. Steve King, Iowa Republican, has introduced the bipartisan H.R. 997, which declares English as the nation’s official language of government, requires the federal government to encourage everyone to learn English and establishes a uniform language requirement for the naturalization process.

It is no surprise that states like Arizona have gone ahead and enacted their own official-English laws considering that nationwide polls consistently show the vast majority of Americans support such legislation.

Making English the official language of government fosters the melting-pot principle that helped make the United States the most successful multiethnic nation on earth.

It helps avoid unnecessary and costly translation services that prevent people from learning English. Such a law sends a clear message to legal immigrants to assimilate — a message, unfortunately, that never sunk into the hard-headed administrators at Pima Community College.