Late on Tuesday night—I was at my desk editing VDARE.com as usual —I got a call from a young Inside-The-Beltway friend of VDARE.com. He was literally gasping with excitement about Donald J. Trump’s astonishing triumph in the GOP nomination race, just sealed by Ted Cruz’s withdrawal d announcement after the Indiana primary result.I don’t actually recall hearing someone literally gasping with excitement about politics before. But then, I don’t recall anything like Donald J.

Trump’s astonishing triumph before—fueled by the immigration issue, as ATLANTIC’s Ronald Brownstein typically failed to tell his readers in his May 4 wrap-up although the bar chart in his own article showed immigration was THE top issue for Trump voters.

(VDARE.com immediately pointed out Brownstein’s odd omission. Thanks to the internet, the Main Stream Media can’t get away with this stuff anymore).

Then our young friend said something that affected my breathing.

“I really think VDARE.com can take credit here,” he said. “It’s your ideas, disseminated through [names redacted to protect patriots], that are behind all this.”

Our young friend is not noted for generous compliments. In fact, he once threw me into a serious depression by observing (brutally but accurately, alas) that I am a slow writer.

And his view of VDARE.com’s influence is not unique. Recently, the founder of the celebrated Friends Of Abe secret Hollywood conservative affinity group wrote that “every single” Conservatism Establishment type he ever worked with “read and appreciated VDARE.com…they would just never admit it publicly.”

Honestly, I can’t confirm to you what has informed Trump’s brilliant strike at the immigration jugular—and I’m pretty sure no-one else can (except possibly the beautiful Melania.)

But I can confirm, from observation and from reader reports, that VDARE.com is regularly cited in Town Halls and in the MSM comment threads that presaged and underlie this immense popular rising.

However, what our young friend said affected my breathing for two reasons:

Of course, this happens a lot in the life of small businesses (which is what we are). We’ve been here before and we hope to get out again. But right now we are not closing the budgetary gap fast enough to be able to afford our current pace of posting much longer. Unless you help us now, VDARE.com faces serious cut-backs—at the very least. Next, will come the election campaign. And after that, for the next four years, President Trump’s battle with Congress, the courts, the Main Stream Media, and the entire Ruling Class, to achieve patriotic immigration reform.

During all that time, immigration patriots will need facts and analyses to counter the blizzard of lies this crusade will be sure to trigger.

VDARE.com will be more vital than ever.

Please help make sure VDARE.com will be there. 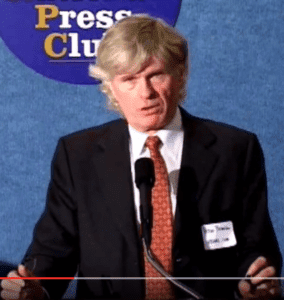 PS: Note that we no longer block access to VDARE.com during appeals. These days, the news cycle is too demanding and for the integrity of our mission we feel we must keep the site accessible. To get past the popup click the “X” button on the upper right corner, and make sure you aren’t using a cookie-blocking “incognito” or “private” browser.

But, the block used to have the joint benefit of being both money saving (about $1000 per week of unpublished articles) and also lucrative (readers really responded).