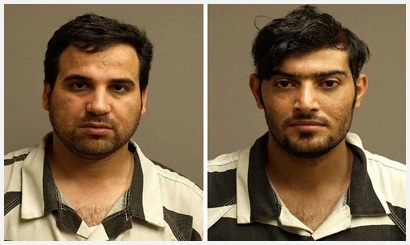 On Wednesday, the PBS Newshour had a segment on the need to speed up the issuance of visas to Afghan refugees who had previously provided translation services to American troops. The segment begins at 25:00 on the video following:

Somehow the plea from the liberal media for speedier admittance of war refugees sounded strangely familiar. In fact, it was a lot like the heartfelt appeal of Sixty Minutes in 2008, which shrieked how Iraqis who worked for the US were “marked for death” so we Americans should quit being so mean and rescue 100,000 of them immediately.

Through the magic of the internet, we can be reminded of the media generosity of yesteryear in The List: A Mission to Save Iraqi Lives, CBS News, May 16, 2008.

If lives were in danger, then haste was important, and therefore 58,000 Iraqis got swift service for relocation to America as refugees. But in the rush, national security was sacrificed, and proper screening was not done. As a result, a couple of genuine enemies were admitted, one a former soldier from Saddam’s army.

Below, Iraqis Waad Ramadan Alwan and Mohanad Shareef Hammadi entered the US as refugees, but their jihadist activities made them long-term jailbirds. 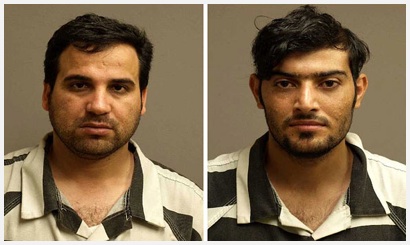 The case prompted rescreening of all 58,000 Iraqis admitted in a hurry. After initial checks, immigration authorities gave the FBI a list of 300 who looked squirrelly. Last November, ABC News reported, Exclusive: US May Have Let ‘Dozens’ of Terrorists Into Country As Refugees.

Even worse, the administration recently decreed lowered standards of screening for refugees even though the vetting process is sieve-like already. Apparently Obama wants to admit lots of Syrians, even though Sweden volunteered to take an unlimited number, and an influx of hundreds has already begun, according to RRW.

Sardar Khan cradles his infant son in one arm as he considers a thick stack of his life’s most important documents on a glass table before him. The documents include medical records, letters of recommendation from U.S. military officers and five passports–one for Khan and each member of his family.

Khan is 26, an Afghan native, and has spent seven years working as a translator for the U.S. Army. He is proud of his work, but fears that it has put him and his children in danger. And the visa program designed to help Afghans like him escape such danger, he says, has done little to secure his safety.

“I am living in a village where everybody knows me … who I am, who I am working for, where my house is, these things,” Khan says. “They are just waiting for a small chance, like if the security gets a little bit worse. I am really concerned about my babies especially. I love them more than my life.”

Khan says he applied for a U.S. visa in 2012, under a program designed to help Afghans like him escape the country. He had an interview with the U.S. Embassy in early 2013 and has been waiting for an answer ever since. The process has left him emotionally and financially drained.

“We did this much paperwork to…get an interview scheduled,” he says, holding the documents aloft.

With a counterinsurgency strategy heavily reliant on building trust with local villagers, it’s hard to overstate the importance of Afghan employees, particularly translators, to the U.S war effort. Translators accompany U.S. military and special forces in everything they do, from night raids and helicopter insertions to route clearance, and they are often unarmed. They’re also critical to the work done by the State Department, the U.S. Agency for International Development and U.S. government supported NGO’s.

Working for the U.S. means they are also targets. Taliban checkpoints are often set up expressly for the purpose of catching men like Khan. Translators casually swap stories of Afghan employees of the U.S military who have had limbs or heads cut off by insurgents.

Shafiq Naziri, who has been working as a translator for U.S. special forces since 2006 and waited five years to get his visa approved, bluntly describes this reality:

“If the bad guys arrest you, there’s no question that they will behead you,” Naziri says. “They will put your head on a stick on the side of the street.”

Now, with the U.S. scheduled to largely withdraw from Afghanistan later this year, Afghans still waiting on visa applications fear their time is running out.

Critics describe the process of applying for a visa as opaque, prohibitively complicated and painfully slow, putting the applicant’s lives at risk with each passing month that their visas aren’t approved.

“It has been a disastrous program,” said one former USAID official.” It’s embarrassing.”

But the State Department says they’ve implemented a set of changes to revitalize the process.

In the last five months, the State Department has issued close to 400 visas under the Afghan Special Immigrant Visa program for people like Khan, whose work made them targets of insurgents. That’s nearly as many visas issued in the program’s previous four years combined.

Deputy Special Representative for Afghanistan and Pakistan Jarrett Blanc acknowledges there were problems with the program’s efficiency, but says the rate of approval has “sped up immensely.”

The current version of the visa program started in 2009 when Congress passed the Afghan Allies Protection Act, creating 7,500 available visas for endangered Afghan employees of the U.S. military and government. Prior to that, about 1,000 visas had been available to these Afghans. But by the end of 2013, the State Department, which runs the program, had only issued 2,028.

A closer look at the numbers reveals the sluggish pace of the process. In 2011, only three visas were approved under the law. By 2012, that number had climbed to 63. (In both of those years, a few dozen Afghans received visas under a separate program.)

But new efforts may breathe more energy into the program. The 2014 National Defense Authorization Act, creates closer oversight from both inside the State Department and Congress. And the State Department says that they have increased staffing at the embassy in Kabul to review the remaining 8,000 applications more quickly.

Jarrett Blanc has helped manage elections in Iraq, the Palestinian territories, Lebanon, Afghanistan and elsewhere. He’s been a foreign affairs fellow, scholar or analyst of one kind or another at the Council on Foreign Relations, the U.S. Institute of Peace and the Open Society Institute. He also has deep ties to, and a personal relationship with Afghanistan.

Blanc says that at least some of the blame lies with the Afghan applicants themselves.

“A lot of those (applicants), not quite half of them, control their own timing.” Blanc says. “So they’ve started the application, or perhaps they’ve gotten past the first step, but they need to finish their own paperwork before we can take the next step with them.”

Blanc says that there was a key bottleneck at the start of the process, where the Chief of Mission committee in embassy Kabul determined if each individual applicant had met minimum requirements for a visa, and was therefore eligible to move to the next part of the approval process.

“We increased the number of committees that meet to review these cases and entirely cleared the backlog (at this step),” Blanc said. In the past, this part of the process could take “weeks or months.” Now, all applications will be reviewed within two weeks of submission.

Longtime critics of this program and its predecessor for Iraqi employees of the U.S. government, say the changes aren’t nearly enough.

Kirk Johnson worked for the U.S. Agency for International Development in Fallujah, Iraq, coordinating rebuilding efforts there after the U.S. invasion. When he saw his Iraqi colleagues become targets of of assassinations because of their work for the U.S. government, he started The List Project to Resettle Iraqi Allies. He wrote a book “To Be a Friend is Fatal” about what he views as the U.S. failure to help Iraqis who worked for the American government.

“We say to our employees, ‘Sure, we’ll help you,’” Johnson says. “‘Here’s a slip of paper. See if you can live for three years while we look it over.’”

“We could not have done what we did, as successfully as we did, in Afghanistan without their help,” he says.

Zabitullah Tahery is one of the lucky ones. After an anxious four-year wait for his visa, the 27-year-old former military interpreter and his family arrived in Charlottesville, Va. on Oct. 7, 2013. He recalls those four years.

“I had to wait and wait, wait, wait,” Tahery said. “I used to email and let them know the situation…but the response was always the same: Just wait… My life was in danger,” he added. “The Taliban believed I helped the Americans and betrayed my people.”

Long wait times were not what members of Congress had in mind when the Afghan Special Immigrant Visa program was created.

The program was modeled on the Iraqi Special Immigrant Visa Program, which also has a massive backlog, with 18,325 visas yet to be handed out to Iraqis who worked for the U.S. military and government.

Katie Reisner, National Policy Director of the Iraqi Refugee Assistance project, says that both programs were well intentioned, but suffer from a lack of proper implementation.

“Congress passes laws, but they’re broad with respect to day-to-day programming. The agency has to implement that law,” she says. “The State Department did not even write those rules until two years after the law passed. They were in no rush.”

To that end, Congress has added additional oversight. The latest National Defense Authorization Act, passed in December, includes language co-authored by Sen. Cardin that calls for the Secretary of State to name a Special Immigrant Visa Coordinator “responsible for overseeing the efficiency and integrity” of the process at embassy Kabul. It also creates an appeals process for applicants who have been rejected.

Tahery very likely was the beneficiary of the improvements to the system that Blanc touts. But now that he is safe, he fears for the others left behind. As his 18-month-old daughter dances on his living room carpet, clapping along to the Afghan music videos streaming on the flat screen TV, he considers their fate.

Interpreters especially, he said, are concerned about the U.S. Army leaving Afghanistan.

“What’s going to happen to them?” Tahery said. “Maybe the bad guys will come back and kill them.”