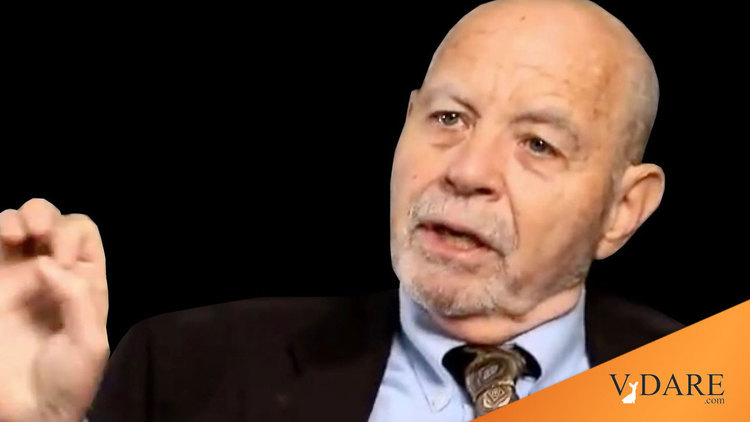 Further to A.W. Morgan's noting that Charles Krauthammer suppressed the fact that what he denounced as "European anti-Semitism" is actually immigrant Muslim, Paul Gottfried has just posted Do Many Neocons Just Hate All Europeans?  at The Unz Review:

What I found particularly upsetting about [Krauthammer's] performance was his refusal to tell us the full truth about the anti-Jewish feelings now on display in Europe. It most definitely is not coming from the nationalist or traditionalist Right, despite the repeated efforts of “conservative” commentators like Glenn Beck to associate Marine le Pen and the National Front in France with interwar anti-Semitism. What we are witnessing are the fruits of the triumph of the cultural left in Europe and what one French writer Renaud Camus, who is now on trial for hate speech in Paris, calls “le grand remplacement.” The French core population is being replaced by Muslim settlers from North Africa, with the help of their antiracist (and until recently disproportionately Jewish) backers. Jewish organizations and Jewish activists in France, Germany, Sweden and Italy were long in the forefront of this “grand remplacement,” the result of which has been the creation of “no-go “regions in European urban areas.

(Links in original). We will be posting Gottfried's discussion of Michel Huellebecq's Islamocritical novel Soumission shortly.