Parks Aren't Diverse Because...Nonwhites Tend to be Scared of the Outdoors The horror, the horror … 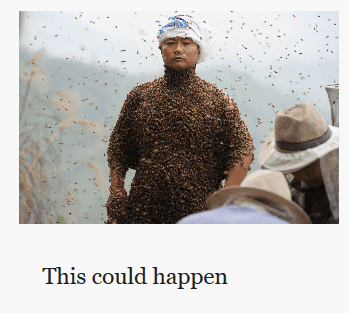 Asked what safety concerns kept them from visiting the metro’s regional parks, focus groups of African-Americans spoke worriedly about violent crime and accidents.

A combined focus group talked of fears of kidnappings and getting lost in the wilderness.

… Ethnic and racial minorities make up 24 percent of the seven-county [Minneapolis-St. Paul] metro and will make up 40 percent by the year 2040, but there’s one area where they’re still heavily underrepresented: regional parks.

Metropolitan Council officials say it’s time to tear down some of those barriers. Council surveys show 47 million visitors flock to the regional parks annually, but only 10 percent of them were people of color. More than a dozen focus groups held in 2013 and 2014 helped shed some light on why: lack of awareness, lack of time and fears about personal safety were cited as the top three key concerns. …

The Met Council provides key forms of grant funding to the 10 cities, counties and parks groups that run regional parks. It will now ask them to spell out efforts to boost access for racial and ethnic minorities in their grant applications. …

To apply for funds, parks partners will have to answer five new questions related to diversity.