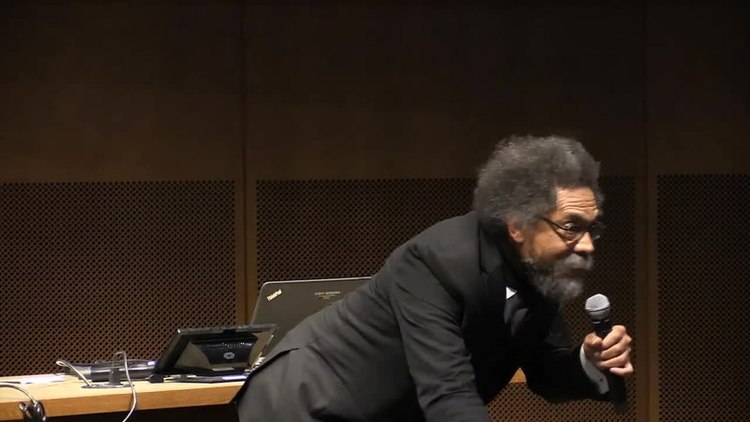 Oprah Isn't A Token—Cornel West Is A Token

I always remember the article below from David Horowitz in 1999, whenever Cornel West comes up.

Cornel West has come up in a speech where he said

"The president didn't have enough backbone. He became too milquetoast... He actually surcame too easily to big business and big banks..."

Via Ann Althouse, who asks "Surcame?"

Horowitz said, years ago, after a visit to Bates College:

"I give the leftist students credit for waiting until the end of my talk to vent their outrage over the blasphemies I had uttered. One young woman got so emotional she decided to leave the building to save herself from further contamination. Another young woman stood up and, with a tremendous urgency, sputtered, "But what about the hierarchies? You didn't mention the hierarchies!"

She was referring of course to the hierarchies of race, gender and class that were the staples of her Bates education and that were alleged by her politicized professors to oppress people of color, women and, of course, wage-slaves in America. In 1999 America! Of course I had indeed mentioned the hierarchies (though not by name) and said they were left-wing illusions, no more substantial than the idea that somewhere behind the Hale-Bopp comet a spaceship was waiting to take the enlightened to heaven. So I tried another tack.

"Let me ask you this question," I said. "Where do you put Oprah Winfrey in your hierarchies?" Oprah Winfrey of course was at the bottom of any oppressive hierarchy conceived by leftists, as a woman born in Mississippi to a black sharecropper, who had been sexually abused. But Oprah had risen by dint of her own intelligence, effort and talent to become a mother-confessor and authority figure to millions of people until the fortune she amassed cast her among the super-rich of America's ruling class.

"Sorry, she's not a token," I replied. "Cornel West is a token."[Enemy of the people |My visit to a small Maine college revealed the intolerant closed-mindedness of politically correct faculty and their indoctrinated students. David Horowitz Monday, April  26, 1999 ]