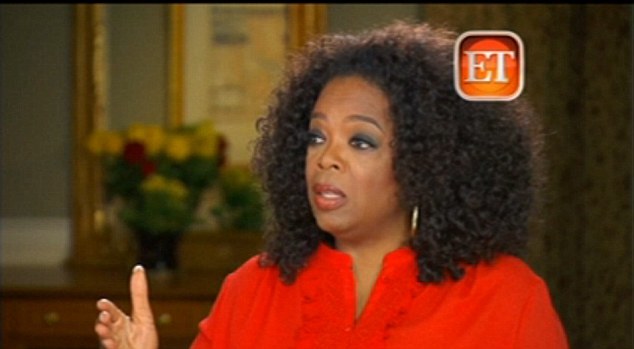 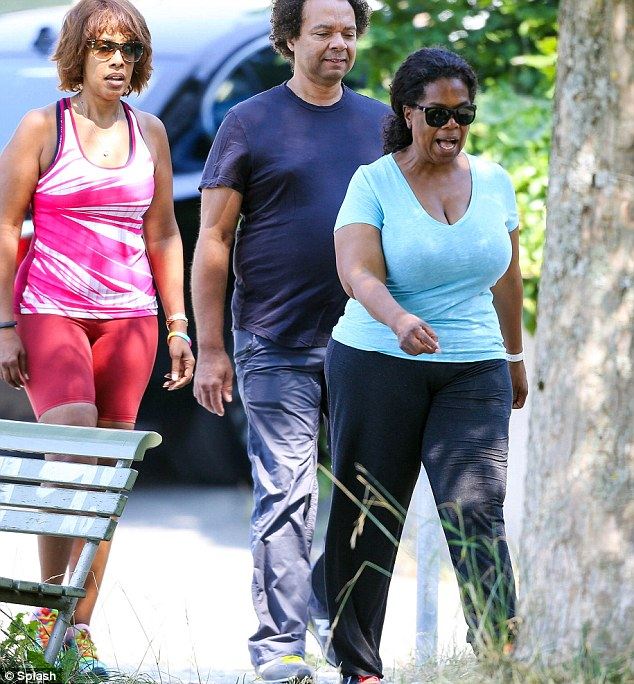 Just about the biggest news story in the world in recent days has been how Oprah Winfrey was the victim of racism (conveniently enough, just when she needed to promote her return to movies in The Butler,about black White House servants). Oprah accused a Swiss store clerk of racism for not getting down a $38,000 handbag for her to inspect.

I'm always fascinated by how often Stalin is vindicated in his observation that something bad happening to one person is a tragedy while it happening to a million is a statistic. For example, 500,000 black and Latin young men getting stopped and frisked annually for the last decade in New York City is a statistic that has mildly troubled some of the more sensitive souls in the New York elite, but hasn't really been much of a story even locally, much less nationally, while Oprah not getting shown a $38,000 handbag is Breaking Global News. It's like the vast outpouring of sympathy that greets the President of the United States whenever he recounts how his grandmother wanted a ride to work one day. You might think that being black in America has, on net, been good for Obama or Oprah, but that's not a widespread impression.

More generally, human beings feel sorrier for immensely privileged people than they do for nobodies like shopgirls and grandmas.

Little noted in the hubbub was that Oprah has a long history of complaining about being racially abused while shopping. From Wikipedia's article on Shopping While Black:

In 2001, Oprah Winfrey told Good Housekeeping magazine about how she and a black companion were turned away from a store while white people were being allowed in, allegedly because she and her friend reminded the clerks of black transsexuals who had earlier tried to rob it.[17]

Personally, if anybody thought I looked like a transsexual robber, I'd stay quiet about that, or at least leave out the detail about me looking like a transsexual, but it's just that kind of prejudice I'm exhibiting that is the reason the media is gearing up for its post-gay marriage offensive for transgender rights.

And in 2005, Winfrey was refused service at the Parisian luxury store Hermès as the store closed for the evening, in what her spokesperson described as "Oprah's 'Crash' moment", a reference to the 2004 movie about racial and social tensions in Los Angeles.[18]

Unlike the rest of the press, however, the Daily Mail went and asked the latest store clerk to be accused of racism by Oprah what she thought of Oprah's charge:

'Oprah's a liar': Sales assistant in Swiss racist handbag row denies telling TV host that she could not view item because she couldn't afford it

Sale assistant said she feels 'powerless' after the racism accusations

By ALLAN HALL IN BERLIN

The sales assistant who refused to show U.S. talkshow billionaire Oprah Winfrey a luxury handbag costing nearly £25,000 claims the superstar lied about what happened in the luxury Swiss boutique where she works.

Speaking anonymously to Sunday newspaper SonntagsBlick, the Italian bag lady said she felt 'powerless' and in the grip of a 'cyclone' after Winfrey went on TV in America to claim she had been the victim of racism.

Winfrey was in Switzerland in July when she walked into the Trois Pommes boutique in Zurich looking for a handbag to match the outfit she was going to wear to old friend Tina Turner's wedding.

She claims the sales assistant refused to show her the black crocodile leather bag because - seeing a black woman - she automatically assumed she would not be able to afford it.

Now the saleslady has hit back, stating: 'I wasn't sure what I should present to her when she came in on the afternoon of Saturday July 20 so I showed her some bags from the Jennifer Aniston collection.

'I explained to her the bags came in different sizes and materials, like I always do.

'She looked at a frame behind me. Far above there was the 35,000 Swiss franc crocodile leather bag.

'I simply told her that it was like the one I held in my hand, only much more expensive, and that I could show her similar bags.

'It is absolutely not true that I declined to show her the bag on racist grounds. I even asked her if she wanted to look at the bag.

'She looked around the store again but didn't say anything else. Then she went with her companion to the lower floor. My colleague saw them to the door. They were not even in the store for five minutes.'

She emphatically denied ever saying to Winfrey: 'You don't want to see this bag. It is too expensive.  You cannot afford it.'

The saleslady went on: 'This is not true. This is absurd. I would never say something like that to a customer. Really never. Good manners and politeness are the Alpha and the Omega in this business.

'I don't know why she is making these accusations. She is so powerful and I am just a shop girl.

'I didn't hurt anyone. I don't know why someone as great as her must cannibalize me on TV.   ...

'I didn't know who she was when she came into the store. That wouldn't have made any difference if I had."

Sounds like the clerk didn't want to go through the trouble of getting down a ridiculously overpriced bag that almost nobody ever buys, compounded with the sin of Not Recognizing Oprah.

If the clerk is telling the truth, Oprah is putting words in her mouth. On the other hand, the clerk doesn't claim to have gotten down the bag, however, so it's likely that something in her manner discouraged Oprah, who is not the world's most easily discouraged person.

It's also possible that the clerk was unenthusiastic about going the extra mile for Oprah not because she is black, but because she is fat. Oprah has some of the world's best makeup and lighting people working for her, so she normally looks fine on TV and on the cover of her O magazine, but when she's too rushed for the full treatment, she definitely doesn't look like she can afford a $38,000 handbag. (My guess is that Zurich boutiques do occasionally see black women who can afford such things, typically the wives of African dictators in town to visit their money at their Swiss bank.)

At ultra-high end luxury boutiques, the greatest sin is Shopping While Fat. Handbags that cost $38,000 are bought, I would guess, almost exclusively by Social X-Rays, who look upon shopping alongside fat people as potentially contagious, in terms of social status and perhaps even biologically. Thus, shop clerks frequently give the cold shoulder to the fat to encourage them out the door.

For Oprah's self-esteem, being the victim of Shopping While Black is much better than being the victim of Shopping While Fat. In the U.S., she enjoys 100% facial recognition among the kind of people who work in boutiques, so here nobody ever does anything other than pander to her every wish. But in Europe, she's not all that widely known, so she occasionally gets treated like other 200-pound women get treated at luxury goods stores.