On THE NATION, POWERLINE, And MSM Totalitarianism 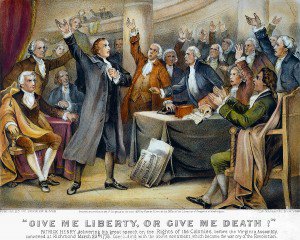 Early last week the enterprising Powerline blog inflicted a resounding humiliation on the venerable Leftist institution The Nation, vividly demonstrating how Bolshevik Totalitarianism has come to control that once legitimate channel of Anglosphere liberal thought – as it has the American MSM as a whole.

First The Nation published How a ‘New Secessionist’ Movement Is Threatening to Worsen School Segregation and Widen Inequalities by Susan Eaton which is a protracted whine about how some Evil White Southerners are managing to shield their children from the delights of being “educated” alongside feral Blacks.

But Powerline’s Steven Hayward was on duty:

Lo and behold, the comment thread on this article—from Nation readers, keep in mind—shows an extraordinary impatience with liberal racial correctness, and some astounding candor.   Samples:

I attended Malcolm X Elementary School in Berkeley, CA in the early ’70s. I’m white, and the school was 50% black. My mother, being a good liberal of the times, enrolled me in a special program that was 90% black. My experiences showed me the following:

1. Blacks are incredibly hard on other blacks, vicious in some cases. And I’m specifically referring to black adults treatment of black children. Being a kind, meek, intelligent black child in a black neighborhood must be a terrifying experience…

2. As a white person in a black community, you have basically two positions available to you on the social fabric: non-entity or target. …If you keep your mouth shut and keep a low profile, you’ll be lucky and just be a non-entity. Imagine that. That was my *best* option socially. But at least my mother got to feel like a good liberal. . .

As an adult, I don’t wish blacks bad things, but I sure don’t want to live in their neighborhoods either, which is a feeling I bet I have in common with a lot of black people too. …Call me a racist if it gives you a morally superior boost, but I know you haven’t walked the walk. It’s all theory to most of you clowns.

“Being a kind, meek, intelligent black child in a black neighborhood must be a terrifying experience if you don’t have anyone to watch over you.”?++++++++++++++++++?You don’t know the half of it. Fortunately for me the horror was mitigated somewhat because:

1. My family is from Ghana and the apartment building we lived at had a lot of immigrants from all over so immediate vicinity was an oasis.

2. I went to Catholic school up through 6th grade… it was a life saver.... 3. The African-American kids at my junior high were vicious, I can’t think of any other word to describe it. Of course there were good ones but they were a distinct minority and they caught more hell than I did because they actually lived in the projects.

Basically if you are a smart Black kid and don’t have a popular older sibling that can fight, a family rep for being in the streets or aren’t athletic. Your life in a mostly Black school setting will be hell.

I had a similar experience to yours. I attended a majority black Middle/High School in the late 1970s/early 80s in Philadelphia. My parents were social democrats and (still) clueless. I saw the fighting you speak of: even the black girls fought each other. Although I did have a few black acquaintances, a low-profile was definitely the way to go because I was attacked several times. Eventually I moved to the suburbs and the fear was gone.

There comes a point and time when African-Americans need to take a hard look at their culture. White folks aren’t the only ones avoiding African-American neighborhoods and schools. New immigrants of all backgrounds do as well if they can afford to.

If this kind of conversation is going on among Nation readers.  I can only imagine that Katrina van den Huevel’s head must be exploding (while she sees her kids off to private school).

Apparently Hayward was right. The Nation’s response was to take down the offending comments and then, apparently when this was noticed, eliminate the whole comment thread.

This bears some thought. The Nation will not even allow its own readers to offer facts in contradiction of the Party Line – and they counter not with argument but repression.

Allowing opponents the chance to express their views and countering them with argument is of course crucial the Westminster-style political process which America inherited from its Founding Fathers. When Patrick Henry was permitted to give his seditious speech to the Virginia Assembly pictured above that body was already 156 years old.

But it is a practice alien to the traditions of the Shtetl, the Aztecs and the Kraal, which are now replacing America’s Heritage.

So, no Pat Buchanan, no Lou Dobbs and, generally, no VDARE.com. We have long been aware of the secretively enforced taboo which keeps our work being referenced in MSM circles and, of course the “Conservative” blogosphere – including Powerline.

This repression of free discussion, rather than crude corruption is ultimately what will be fatal to America.