Olympics Going To Brisbane, Australia In 2032

Brisbane picked to host 2032 Olympics without a rival bid
By GRAHAM DUNBAR
July 21, 2021

TOKYO (AP) — Brisbane was picked Wednesday to host the 2032 Olympics, the inevitable winner of a one-city race steered by the IOC to avoid rival bids.

The Games will go back to Australia 32 years after the popular 2000 Sydney Olympics. Melbourne hosted in 1956. Brisbane follows 2028 host Los Angeles in getting 11 years to prepare for hosting the Games. Paris will host in 2024. …

Brisbane’s renowned cricket stadium, known as the Gabba, will be upgraded and may host the sport at the Games. Cricket was played once at the Olympics, at the 1900 Paris Games.

The next three Summer Games hosts — starting with Paris in 2024 — are now secured in wealthy and traditional Olympic nations without any of the trio facing a contested vote.

Brisbane’s renowned cricket stadium, known as the Gabba, will be upgraded and may host the sport at the Games. Cricket was played once at the Olympics, at the 1900 Paris Games.

The next three Summer Games hosts — starting with Paris in 2024 — are now secured in wealthy and traditional Olympic nations without any of the trio facing a contested vote. …

The IOC and its hands-on president, Thomas Bach, have torn up the template of traditional bidding campaigns and hosting votes to lock down preferred cities with the minimum risk.

Paris and LA were competing for 2024 until Bach and Coates oversaw including the 2028 rights in an unprecedented double award four years ago.

The Olympics are declining in popularity and prestige, so the IOC, rather than playing off rival bidders for bribes and absurd stadium building concessions, recently chose two old reliable giant cities, Paris for 2024 and Los Angeles for 2028.

Paris built an 80,000 seat super-stadium, the Stade de France, in time for the 1998 World Cup soccer final. The stands were built on rails so they can be rolled back to the larger dimensions required by the Olympic track. Ever since, the International Olympic Committee has been telling rival bidders to host the Olympics, “Well, obviously, the logical choice would be Paris, but perhaps you can change our minds …”

Los Angeles hosted the 1984 Olympics without building a lot of new stadia, using the Coliseum that hosted the 1932 Games, and made large profit off it.

The truth is that you don’t really have to build new stadiums to host an Olympics or World Cup. It’s just a bunch of games. Your metropolis probably has plenty of playing fields already. 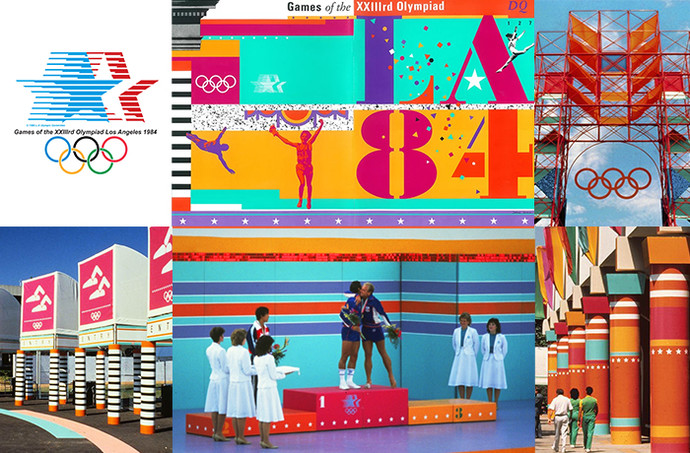 In 1984, Los Angeles just ordered up a lot of crepe paper in an au courant color scheme called Festive Federalism to decorate its old ballparks, and everybody who went loved it.

… The future hosts offer stability for the IOC which was stung by the two previous Summer Games contests being tainted by allegations of vote-buying when multiple cities were on the ballot.

The 2016 Rio de Janeiro Olympics and the postponed 2020 Tokyo Olympics are still under investigation by French prosecutors. They have implicated officials who then lost their place in the IOC family as active or honorary members.

A low-risk future beckons for the IOC following the often-troubled Tokyo Olympics and the 2022 Beijing Winter Games in February, which will throw scrutiny on China’s human rights record.

Key partners have also been secured through 2032. The IOC’s signature broadcasting deal with NBC and top-tier sponsors Coca-Cola, Visa and Omega are tied down for the decade ahead.

… Brisbane said it already has 84% of stadiums and event venues in place to fit the IOC’s modern demand of avoiding excessive spending and potential white-elephant projects.

That was the only bidder for the 2032 Olympics, although deciding 11 years ahead of time seems excessive.

Brisbane is at only 27 degrees south, and agreed to the mid-winter late July to early August time period that NBC in America likes due to the lack of other competition on TV. Melbourne 1956 and Sydney 2000 needed to use later in the year time slots that competed with the NFL on US TV. The average high temperature in Brisbane in July is 71 degrees and it gets one inch of rain that month. So it sounds nice.

Australia is a great Olympics country because it’s not overly obsessed with soccer, so I could see going back there a third time. On the other hand, Brisbane is kind of like putting the Olympics in San Diego: a nice, fast-growing place but only the third city of California, one without much history.

In contrast, the Winter Olympics should be fine: the next two are in Beijing and Milan-Cortina. After that, possibilities include Jackson Hole, St. Moritz, Aspen, Whistler, Park City, Bozeman, Stowe, Lake Tahoe, Sun Valley, Bretton Woods and Coeur d’Alene, before the final retreat to Reykjavik in perpetuity in the later 21st Century.