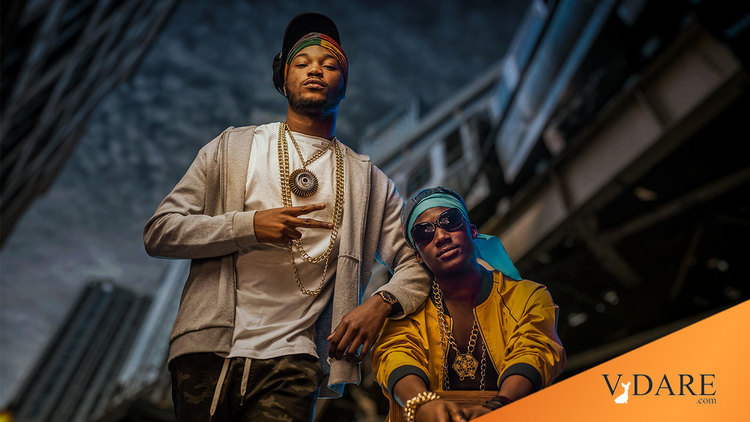 Perhaps the most important event of the [2004] Olympics will turn out to be the failure of the once untouchable U.S. Olympic basketball team, an all-black squad of physically gifted NBA stars that was beaten by better-shooting and more collaborative teams from Argentina, Lithuania, and even Puerto Rico.

In the 1970s stereotype, white American players were the dogged defenders, while blacks were the flashy scorers. Then, the John Thompson-Patrick Ewing teams at Georgetown U. made defense fashionable among blacks, leading to a great leap forward in the quality of NBA play that culminated with the incomparable 1992 Olympic Dream Team. Unfortunately, the trend went too far and many blacks lost interest in working on their outside shooting, which proved disastrous in Athens.

Darryl Dawkins, the former NBA center who called himself "Chocolate Thunder," has become an insightful minor league coach. "Black basketball is much more individualistic," he told Charlie Rosen of FoxSports. "With so many other opportunities closed to young black kids, … if somebody makes you look bad with a shake-and-bake move, then you've got to come right back at him with something better, something more stylish… It's all about honor, pride, and establishing yourself as a man."

Dawkins, whose showboating Philadelphia 76ers lost to Bill Walton's Portland Trailblazers in an epic 1977 NBA Finals confrontation between the black and white games, now says, "The black game by itself is too chaotic and much too selfish… White culture places more of a premium on winning, and less on self-indulgent preening and chest-beating."

Arguing that the best teams combine both styles, Dawkins pointed out, "In basketball and in civilian life, freedom without structure winds up being chaotic and destructive."

With luck, this Olympic embarrassment will serve as a wake-up call to African-American males that gangsta rap attitudes are needlessly undermining not just black basketball, but also the race as a whole.

The NBA got the message that the Americans had to stop playing like rap stars and start playing again like a basketball team.