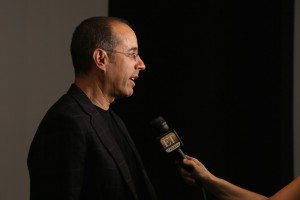 “I don’t play colleges,” Seinfeld said on “The Herd with Colin Cowherd.” “… I hear a lot of people tell me, ‘Don’t go near colleges. They’re so PC.’”

Seinfeld then offered an example that seemed unrelated to his original thesis.

“My daughter’s 14,” he said. “My … wife says to her, ‘Well, you know, in the next couple years, I think maybe you’re going to want to be hanging around the city more on the weekends so you can see boys.’ You know what my daughter said? She says, ‘That’s sexist.’”

Seinfeld’s conclusion: “They just want to use these words. ‘That’s racist.’ ‘That’s sexist.’ ‘That’s prejudiced.’ They don’t even know what they’re talking about.”

Cowherd: “Does it hurt comedy?

As Seinfeld reported, he is not the only comedian to comment on colleges’ perceived uptightness.

“Not in their political views — not like they’re voting Republican — but in their social views and their willingness not to offend anybody,” Rock said. “Kids raised on a culture of ‘We’re not going to keep score in the game because we don’t want anybody to lose.’ Or just ignoring race to a fault.”

Rock pointed out that George Carlin, before his death, had made the same observation.

By the way, “uptight” was a central word of the Sixties that had interestingly contradictory meanings for blacks and whites. Uptight was something blacks aspired to be, as in Stevie Wonder’s sensational 1965 single “Uptight (Everything’s Alright).” For whites, however, it was a key insult of the Generation Gap Era.