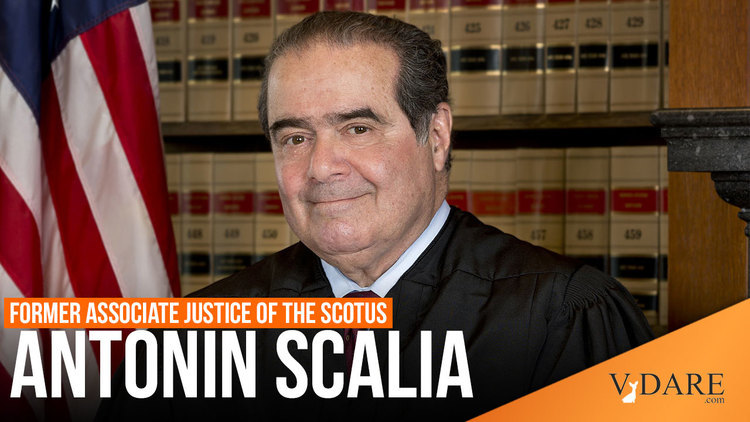 1. Harvard Law School professor Larry Tribe, whom Obama helped write his anti-Scalia paper “The Curvature of Constitutional Space: What Lawyers Can Learn from Modern Physics” by contributing his deep knowledge of cutting-edge physics he learned from some very heavy discussions at Punahou while smoking Maui Wowie.

2. A Breyer II: a highly competent white guy who gets confirmed fast and quietly

5. A full-out War on Women combatant to gin up another feminist freakout like the one in October 1991 over allegations of sexual harassment against Clarence Thomas that launched the Clintons (of all people) into the White House during the 1992 Year of the Woman.

6. Hillary (Biden steps in as the anti-Bernie candidate)

7. Kimiko Matsuda-Lawrence (expected tenure on the Supreme Court: until 2086)

11. Eric Holder for controversy or Loretta Lynch for noncontroversy