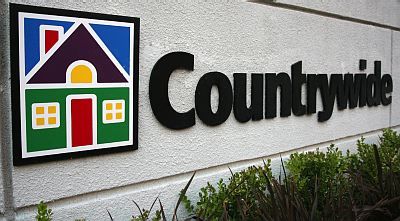 Countrywide Will Settle a Bias Suit

WASHINGTON — The Justice Department on Wednesday announced the largest residential fair-lending settlement in history, saying that Bank of America had agreed to pay $335 million to settle allegations that its Countrywide Financial unit discriminated against black and Hispanic borrowers during the housing boom.

The British defense of Singapore after Pearl Harbor is famously (although not necessarily all that accurately) said to have suffered from the long-held assumption that Singapore's big guns must point out to sea to defeat an attack by an enemy navy. Yet, the Japanese army, not the navy, came by way of the Malaysian mainland.

Similarly, for decades, the conventional political wisdom was that the main problem with the mortgage business was its irrational refusal to do enough business with blacks and Hispanics. Thus, the government laboriously constructed legal and political guns to pound down this intractable problem.

When the mortgage system went into the ditch in the Sand States in 2007-2008, however, it  turned out that the problem was largely one of lenders lending too much to minorities, which had driven up home prices to unsustainable levels.

Here we are in late 2011, and the Obama Administration has just fired one of its guns at the most notorious symbol of mortgage mania: Countrywide. Of course, its guns are still pointing in the wrong direction. More amusingly, the big guns turns out to be popguns.

Let's do some math: $335 million divided by 200,000 minority mortgage borrowers equals a $1,675.00 payout per victim of racism. That's out of 2.5 million mortgages examined, according to Business Insider. Hhmmhmmmhmm ... Keep that in mind as you read onward.

Attorney General Eric H. Holder Jr. said the settlement showed that the Justice Department would “vigorously pursue those who would take advantage of certain Americans because of their race, national origin, gender or disability,” adding: “Such conduct undercuts the notion of a level playing field for all consumers.  It betrays the promise of equal opportunity that is enshrined in our Constitution and our legal framework.”

The settlement is subject to approval by a federal judge in California; according to the proposed consent order filed Wednesday, Countrywide denied all of the department’s allegations.

Dan Frahm, a Bank of America spokesman, stressed that the allegations were focused on Countrywide’s conduct from the years 2004 to 2008, before Bank of America purchased it. ...

The problems stemmed from a Countrywide policy that gave loan officers and brokers the discretion to alter the terms for which a particular applicant qualified without setting up any system to comply with fair-lending rules, the department said. Lending data showed that Countrywide ended up charging Hispanics and African-Americans more, on average, than white applicants with similar credit histories.

So, if you are Asian or white and you got cheated by Countrywide's boiler room operation into paying higher fees on your mortgage than you should have, you are out of luck because you are the wrong race?

Basically, Countrywide and independent mortgage brokers were running high pressure boiler rooms during the peak of the housing bubble. To up commissions, their salesmen often stuck a bunch of extra fees in the fine print, and talked about 5% (10,000 out of 200,000 minority borrowers) into getting subprime loans who would have qualified for prime loans.

In 2007, for example, Countrywide employees charged Hispanic applicants in Los Angeles an average of $545 more in fees for a $200,000 loan than they charged non-Hispanic white applicants with similar credit histories.

Of course, the joke is that $545 in rip-off fees is a pittance compared to how much was lost on these loans.

Of course, it's not as if Countrywide tried to keep secret that they were going after minority borrowers.

Over time, the more politically nimble sort of lenders, such as Angelo Mozilo of Countrywide, came around to the government's point of view. In 2003, Mozilo trumpeted in a Harvard address that Countrywide was going to lend $600 billion (with a b) to minorities and low income communities. And then in early 2005, Mozilo upped the commitment to a trillion bucks, with Countrywide's board member Henry Cisneros delegated to advise upon it.

For salesmen whose commissions pay off when fees are paid at closing, not when the borrowers write their monthly checks, being told to rope in marginal minority customers is like telling hyenas to eat raw mean. Countrywide's office in high-IQ Santa Monica was notoriously hard to make money at, but their Inglewood office in the 'hood brought in huge margins.

This is highly reminiscent of the argument between Malcolm Gladwell versus Judge Richard A. Posner and myself about whether or not car salesmen consciously exploit blacks and Hispanics. As Gladwell wrote in 2006:

One of the most bizarre reactions that I received from reviewers of Blink is an absolute inability to accept the notion of unconscious prejudice. Here is an example from a fairly well known writer named Steve Sailer. Sailer, in turns, quotes from a very hostile review of Blink in The New Republic by Richard Posner.

Of course, a much higher fraction of the independent brokers exploiting Hispanics were Hispanics themselves.

“Chances are, the victims had no idea they were being victimized,” said Thomas E. Perez, the Justice Department’s assistant attorney general for civil rights. “It was discrimination with a smile.”

In addition, from 2004 to 2007 — the peak of Wall Street firms’ demand for subprime loans that they purchased, bundled and resold as securities, a major cause of the ensuing financial crisis ...

And Fannie Mae and Freddie Mac's peak demand, too, or that was more like 2005-2008. Countrywide was famously in bed with Fannie.

...— Countrywide allowed its brokers and employees to steer applicants who qualified for regular mortgages into a riskier and more expensive subprime loan.

The odds of a minority applicant being steered into such a loan were more than twice as high as those for a non-Hispanic white borrower with a similar credit rating, the department said. About two-thirds of the victims were Hispanic and one-third were black, the department said.

Oddly enough, steering into a subprime loan apparently only happened to about 5% of these minority victims of higher fees, and to only about 0.4% of all Countrywide borrowers examined by the Justice Dept. I'm surprised that percentage isn't higher. We've been hearing for years about how the foreclosure crisis was caused by minorities getting forced into subprime loans, but with notorious Countrywide, it was quite rare.

Now the Justice Department quantifies the discrimination and comes up with a price tag of $1,675 each — a distinct anti-climax. I mean $335,000,000 is about Angelo Mozillo's compensation during the last decade even after his SEC mini-fine.

If a judge approves the settlement, victims will receive between several hundred and several thousand dollars, with larger amounts going to those who were steered into subprime mortgages despite qualifying for regular loans.

Let's repeat that: "several hundred and several thousand dollars:" not exactly a home run for Eric Holder's theory of what caused the meltdown; more like a foul tip.

... Under federal civil rights laws — including the Fair Housing and Equal Credit Opportunity acts — a lending practice is illegal if it has a disparate impact on minority borrowers. Against the backdrop of the foreclosure crisis, the Obama administration has made a major effort to step up the laws’ enforcement.

So, it's a disparate impact case. I guess that's why white and Asian victims of being cheated by Countrywide can't get any compensation. The blacks and Hispanics are evidently getting paid the difference between what they paid in points and other mortgage fees and the average of what whites paid, not the difference between what they paid and what an honest broker would have charged them. What Countrywide should have done was rip off whites and Asians even more so then the Obama Justice Dept. wouldn't have a complaint.

In early 2010, the division created a unit to focus exclusively on banks and mortgage brokers suspected of discriminating against minority mortgage applicants, a type of litigation that requires extensive and complex analysis of data.

While they were crunching the numbers, perhaps they could have calculated the default rates on these loans. My guess is that even with the surplus origination fees Countrywide / Bank of America came out the loser in the long run due to defaults. (Of course, other losers include Fannie and the public.) To have had these risky mortgages make sense as paying propositions, Countrywide would have had to charge vastly higher fees.

Working with bank regulatory agencies and the Department of Housing and Urban Development, the unit has reached settlements or filed complaints in 10 cases accusing a lender of engaging in a pattern or practice of discrimination.

The Federal Reserve first detected statistical discrepancies in the loans Countrywide was making and referred the matter to the Justice Department in early 2007, according to a court filing disclosed in 2010 as part of a civil fraud case brought by the Securities and Exchange Commission against Angelo R. Mozilo, the former chief executive of Countrywide.

In other words, the normal federal regulatory system noticed this disparate impact problem in early 2007, well before Countrywide cratered in 2008. Good to know that the Feds were on the watch against the really important mortgage lending problem!

In summary, there's a general problem with rip-off sales practices, whether in mortgage lending or auto sales. Experience, however, shows that fighting rip-offs by focusing on discrimination is a losing proposition. What happens is that clever people rip off not clever people, which has disparate impact on blacks and Hispanics.

But the problem can't be explained that way, because then it leads to the inference that blacks and Hispanics are less clever on average. So, enforcement tapers off because the whole subject becomes too embarrassing.