The President gave a speech on Wednesday that focused on income inequality in America, calling it a “defining issue of our time.” He has gone to his old playbook of arguments, hoping that Americans will respond to a message of class warfare, even though recent polling from Gallup and elsewhere show that the citizens remain most concerned about jobs and the economy. Period. 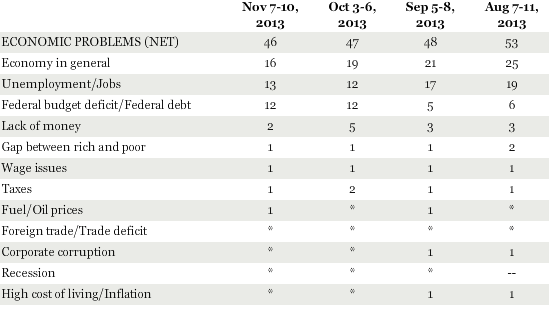 Of course, if Obama really cared about the economic distress of Americans, he wouldn’t be working to increase the labor pool via amnesty and doubling legal immigration, a sure way to drive wages down. Did his Ivy League education forget the class about the relation between supply and demand? In fact, the CBO reported that the Senate immigration bill would reduce average wages in America for 12 years, increase unemployment for 7 years and reduce per capita GNP growth over 25 years.

Why do busy uber-rich guys like billionaire Facebook founder Mark Zuckerberg bother with hawking immigration “reform”? Because they want a firehose stream of exploitable workers from abroad and the millions of dollars in extra profits. The billionaires get richer with cheap foreign labor, and American workers suffer as a result.

“It is shocking for the President to give a speech about income disparity and falling wages while pushing an immigration plan that will hammer American workers and widen the disparity. The Congressional Budget Office confirms the White House-backed plan would reduce wages, reduce per capita GNP, and increase unemployment. The President says people are worried ‘the system is rigged’ and yet it is the President who has teamed up with a small cadre of CEOs to double the flow of immigrant workers when these exact same companies are laying off American workers in droves.

Wages for American workers are lower today than they were more than a decade ago—and take-home pay has fallen each year since the President came into office. A recent study demonstrated that all net job growth since 2000 has gone to immigrant workers while the number of U.S.-born Americans working has declined by 1.3 million.

The President’s policies also threaten college students who are about to enter a difficult economy. His plan would more than double the number of temporary foreign workers for wealthy tech companies. As Professor Ron Hira, a leading expert on H-1B visas, has noted, the visas are being used for ‘facilitating offshoring and providing employers with cheap, temporary labor—while reducing job opportunities for American high-tech workers in the process.’

Harvard professor Dr. George Borjas found that high levels of immigration between 1980 and 2000 caused the wages of lower-skilled American workers to drop nearly 8 percent. He also found current immigration levels have resulted in a $402 billion annual wage loss for workers but a $437 billion increase in profits for business owners.

It is time to have an open and honest conversation about our shrinking middle class and the consequences of our immigration policies on American workers and their wages. Unfortunately, that is not what we got from the President today.