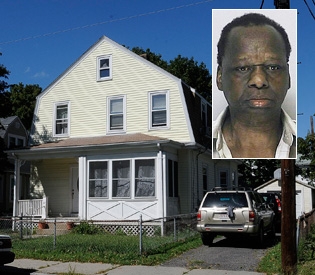 Uncle Omar Onyango officially received his green card in court today, with Aunt Zeituni by his side to support him.  No surprise there.

The surprise was in the testimony.  According to The Boston Globe’s designated immigration cheerleader, Maria Sacchietti:

“He also contradicted the White House’s assertion that the president had never met him.  Onyango Obama testified that his nephew lived with him in Cambridge for three weeks while the future president was a student at Harvard Law School in the late 1980s.”  [Uncle of President Obama wins approval to stay in US; faced deportation to Kenya, by Maria Sacchetti, The Boston Globe, December 3, 2013]

Traveling around the Boston area, you often see historical markers of the “George Washington once slept here” variety.  So I wonder exactly where Uncle Omar lived in Cambridge.  Was Omar living in public housing, like Aunt Zeituni, when Obama crashed with him?

You can’t make this stuff up.