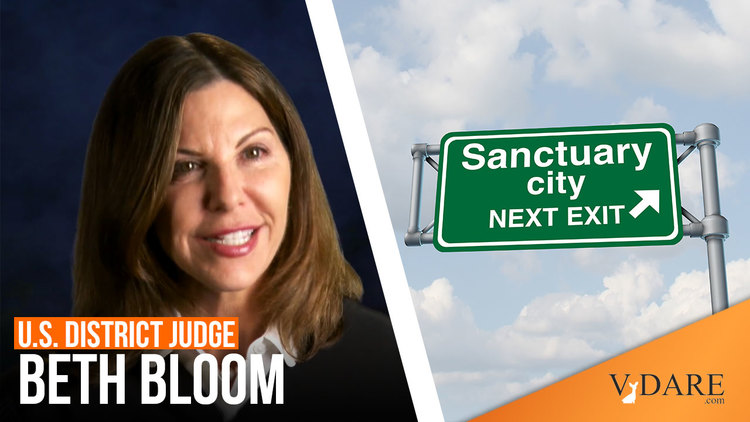 The judicial outrage of the past fortnight has been U.S. District Judge Beth Bloom striking down key parts of a Florida law that would ban sanctuary cities. The law, she said, was adopted with intent to discriminate.

Well, sort of: the law was adopted with the intent to prevent jurisdictions not discriminating against illegal aliens.

Illegal aliens are doing something illegal: living in our country without having followed lawful procedures to do so. They should be discriminated against. A sanctuary jurisdition is declaring that it will not do something that, if it held the people's laws in proper respect, it ought to do.

Judge Bloom also objected to the Florida law because among those who influenced the drafting of the law was Floridians for Immigration Enforcement, a group which, she wrote in her judgment, quote, "has been labeled as an anti-immigrant racialist group." Really? "Has been labeled"? By whom? See if you can guess.