NYT's Brent Staples: Should "Get Out" Win Best Documentary Oscar as Well as Best Picture? 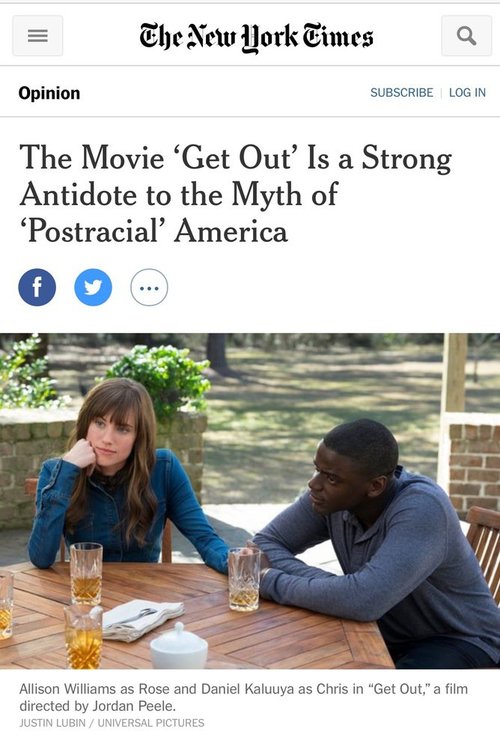 The touchstone scene in the new horror film “Get Out” depicts a 20-something white woman named Rose appraising the sculpted torsos of black athletes on a laptop as she sits in her bedroom sipping milk through a straw. …

In this case, the director Jordan Peele wants the audience to see Rose as what she is: the 21st-century equivalent of the plantation owner who studies the teeth and muscles of the human beings he is about to buy at a slave market. Like her antebellum predecessors, Rose — who has recently delivered her black boyfriend into the hands of her monstrous family — is on the hunt for handsomest, buffest specimen she can find. …

The film is a disquisition on the continuing impact of slavery in American life. …

It would be wrong to reduce this film to an attack on white liberals who mouth racial platitudes. Mr. Peele sets out to debunk the myth of “postracialism” generally — by showing that the country is still gripped by historically conditioned preconceptions of race and blackness.