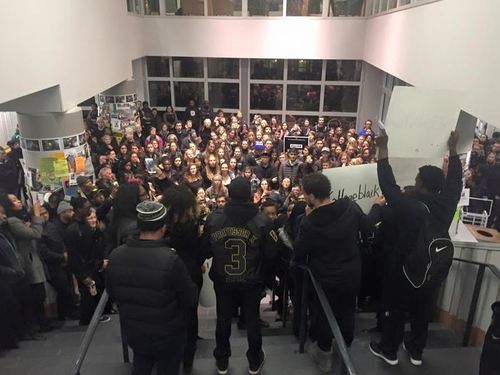 Charles Blow op-edizes in the NYT in the manner of Genius T. Coates: 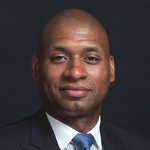 … Last week I heard artist Ebony G. Patterson talking about the black body as a “site of contention,” and that phrase stuck with me, because it seemed to be revelatory in its simplicity, and above all, true.

Or worse, most insidiously, black folk try to calibrate their bodies to avoid injury.

All my life I have noticed black people, particularly elderly ones, subconsciously turtle down their necks between their shoulders or bubble up their personas beyond their comfort to countervail a perception, to set white folks at ease, to allay some ill-conceived fear.

In other words, Blow is angry that a (fortunately declining) percentage of blacks try to adopt non-threatening body language that sets other people at ease.

The ultimate offense of it all — the contorting of body and behavior to offset the deficit in another. There is a spiritual injustice in the adjustment.

But now young black folks are refusing alteration or the mollification of conformity and are simply demanding justice.

There is now an implacable yearning for society to acknowledge anti-black racism and the oppressive forces it has generated and maintained — historical ones and present ones — and to work towards a culture in which those forces are blunted, or better, dismantled.

The time of placidity is at an end. This is a new moment, a loud, disruptive one.

Even black athletes, at least at the University of Missouri, are forcing power structures to bend to monetary pressure when moral pressure alone was not sufficient.

Because, after all, our society marginalizes black football players, never putting them on television, and never letting them get close to white coeds.

Furthermore, I fully understand the desire for safe spaces, for racial sanctuary, particularly in times of racial trauma. I have always had these safe spaces, not by black design, but as a byproduct of white racism.

I grew up in the rural South when racial segregation was no longer the law, but remained the norm. I have gone to predominately black schools most of my life, schools that began so or became so because of white people’s deep desire to resist racial commingling. But what was born of hate, black folks infused with pride and anointed with value.

There existed for me a virtual archipelago of racial sanctuaries, places — communities, churches, schools — where I could be insulated from the racial scarring that intimate proximity to racial hostility can produce.

That is, I assume, what these students want as well. …