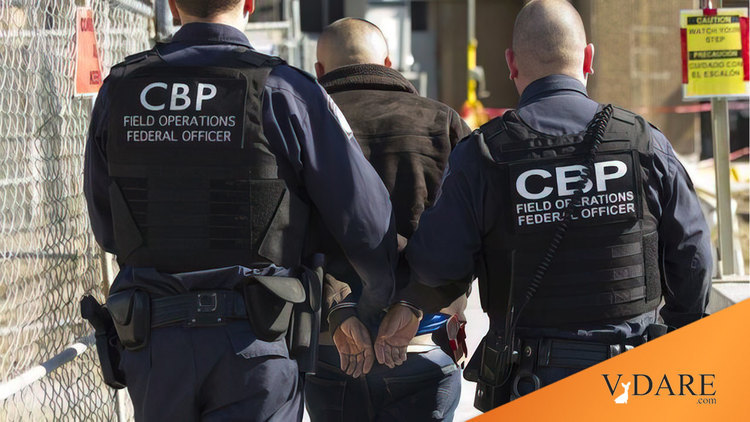 NYT: NYT Has Been Misleading You About Deportations

As a commenter  suggests, there has been a lot of undocumented reporting on deporting.

The news section of the New York Times admits:

New deportation cases brought by the Obama administration in the nation’s immigration courts have been declining steadily since 2009 and judges have increasingly ruled against deportations, leading to a 43 percent drop in the number of deportations through the courts in the last five years, according to Justice Department statistics released on Wednesday.

The figures show that the administration opened 26 percent fewer deportation cases in the courts last year than in 2009. In 2013, immigration judges ordered deportations in 105,064 cases nationwide.

The statistics present a different picture of President Obama’s enforcement policies than the one painted by many immigrant advocates, who have assailed the president as the “deporter in chief” and accused him of rushing to reach a record of two million deportations. [More ]

Isn't it time for an investigative report into the influence of second-largest stockholder and Mexican oligarch Carlos Slim on the NYT's editorial and news coverage of immigration? Slim profits exorbitantly on phone calls between the U.S. and Mexico, so he has a vested interest in having immigration restrictionists in the U.S. demonized and a distorted picture of immigration promulgated in the pages of the newspaper he bailed out in 2008.