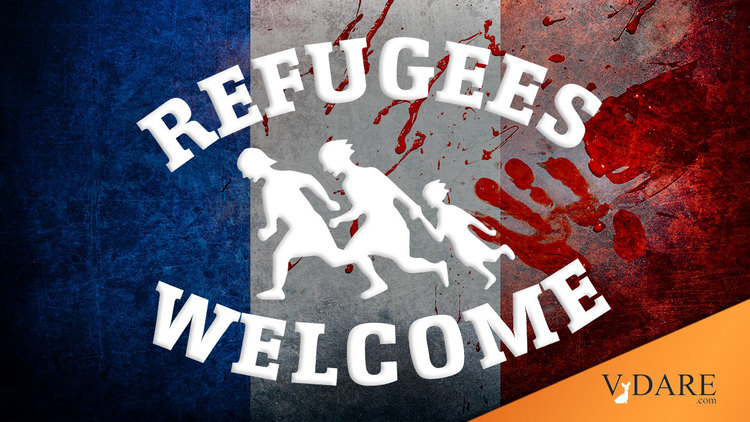 NYT: Muslim Massacres of French Are Fault of the French

The New York Times Editorial Board blames the victims:

Professed values must become a reality for the country’s many youths who feel marginalized.

The recent terrorist attacks in Paris prompted millions to take to the streets to show national solidarity and to pay tribute to the 17 people murdered. The attacks have also inspired a lot of soul-searching, as the French struggle to understand how three men, born and raised in France, could have trained the murderous intent of Al Qaeda and the Islamic State on their own countrymen. And the attacks have revealed a larger, existential threat to France: that its social compact may be torn apart by sectarian polarization.

The profiles of the three attackers — Amedy Coulibaly and the brothers Chérif and Saïd Kouachi — are an indictment of the decades-long failure of France to address long-festering alienation and exclusion among too many Muslim immigrants and their French-born children. Unemployment is as high as 40 percent among youths in France’s disadvantaged neighborhoods. All three attackers grew up in poverty. Chérif Kouachi and Mr. Coulibaly spent time in prison. All ultimately found deadly purpose in Islamist terrorism.

Prison was the crucible of their radicalization. There are five million to six million Muslims in France, less than 10 percent of the total population, but 60 percent of France’s prison inmates are of “Muslim culture or religion,” according to a report presented to France’s National Assembly. …

There is also the problem of France’s secularism.