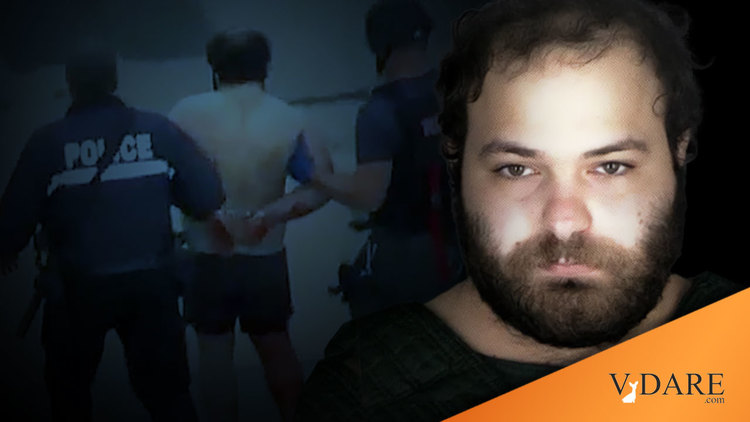 NYT: Motive In Boulder Shooting Is Still A Mystery

Motive in Boulder Shooting Is Still a Mystery, Police Say

The gunman used a semiautomatic handgun that is essentially a shortened version of an AR-15-style rifle. He had purchased it legally six days before the attack.

“We, too, want to know why,” the Boulder police chief, Maris Herold, said at a news conference. “Why that King Soopers? Why Boulder? Why Monday? And unfortunately, at this time, we still don’t have those answers.”

BOULDER, Colo. — Investigators searching for answers after the mass shooting in Boulder, Colo., this week still do not know why a gunman shot and killed 10 people at a crowded grocery store, the police chief said on Friday.

“We, too, want to know why,” the Boulder police chief, Maris Herold, said at a news conference. “Why that King Soopers? Why Boulder? Why Monday? And unfortunately, at this time, we still don’t have those answers.”

The semiautomatic weapon used in the shooting was legally purchased six days earlier at a gun store in Arvada, Colo., the chief said. That weapon, a Ruger AR-556 pistol, is essentially a shortened version of an AR-15-style rifle and is considered a handgun under Colorado law.

By the way, what is the gunman’s name?

The 21-year-old suspect, Ahmad Al Aliwi Alissa, was also found with a 9-millimeter handgun, but the authorities do not believe he fired it, the chief said.

Oh, I’m sort of picking up a clue, but let’s keep talking about guns if that’s what interests you.

Officials pledged to chase every lead and said they were working to determine whether there were any connections between the gunman and anyone in the supermarket. But they acknowledged the possibility that the gunman’s motives might never be known. It is not yet clear whether Mr. Alissa had ever been to the grocery store — which is about 15 miles north of his family’s house in Arvada — before the shooting, Chief Herold said.

“Sometimes you just don’t figure these things out, but I’m hoping we will,” she said.

… He said the F.B.I. and the Bureau of Alcohol, Tobacco, Firearms and Explosives were looking into the weapons that the gunman was found with at the scene “and other firearms in his possession,” though he did not elaborate.

A manager of the gun shop where the AR-556 was purchased, John Mark Eagleton of Eagle’s Nest Armory, said in a statement that Mr. Alissa had passed a background check and the sale had been approved by the Colorado Bureau of Investigation.

… Mr. Dougherty said the grocery store was still being analyzed by investigators, a painstaking process that includes going through every shelf of food and other items in search of bullets or other evidence.

In response to a question, he said that the F.B.I. is still looking at any possibility of connections to international terrorism.

Many of the guns used in mass shootings are bought legally and with a federal background check.

At the state level, there is a checkerboard of gun laws that align with the partisan tilt of each state. While 13 Democratic-controlled states have restricted gun access in recent years, 14 Republican states have loosened their gun laws.

“At this point we don’t have any particular information to share in that regard,” he said. “We will continue to look into it.”

But those inquiries are part of a wide-ranging examination of any possible motive that still has produced no answers, he suggested.

“I think the victims’ families and the community are desperate to know the motive,” he said. “Whether or not we’re able to determine it remains to be seen.”

Well, I’m stumped too. But I’m sure that if we keep talking about guns, guns, guns, we’ll eventually stumble upon the subtle reason why Syrian refugee Ahmad Al Aliwi Alissa murdered ten Regular-Americans.