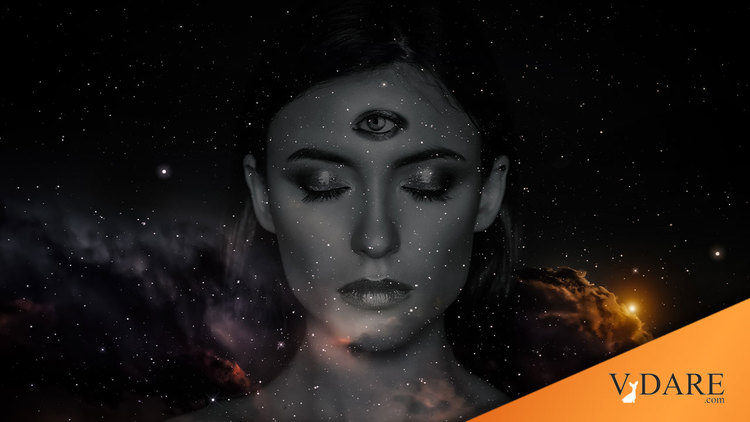 NYT: Many People Have a Vivid ‘Mind’s Eye,’ While Others Have None at All

Many People Have a Vivid ‘Mind’s Eye,’ While Others Have None at All

Scientists are finding new ways to probe two not-so-rare conditions to better understand the links between vision, perception and memory.

Dr. Adam Zeman didn’t give much thought to the mind’s eye until he met someone who didn’t have one. In 2005, the British neurologist saw a patient who said that a minor surgical procedure had taken away his ability to conjure images.

Over the 16 years since that first patient, Dr. Zeman and his colleagues have heard from more than 12,000 people who say they don’t have any such mental camera. The scientists estimate that tens of millions of people share the condition, which they’ve named aphantasia,

For example, a scientist who had been a grad student under the famous psychologist Leon Kamin, co-author with Richard Lewontin and Steven Rose of the anti-hereditarian book Not In Our Genes, told me that Kamin couldn’t see anything in his mind’s eye and suspected that nobody else could either and that the whole concept of a mental imagery was a hoax. On the other hand, Kamin had prodigious gifts at kabbalah-like skills involving remembering words and numbers.

… “This is not a disorder as far as I can see,” said Dr. Zeman, a cognitive scientist at the University of Exeter in Britain. “It’s an intriguing variation in human experience.”

The patient who first made Dr. Zeman aware of aphantasia was a retired building surveyor who lost his mind’s eye after minor heart surgery. To protect the patient’s privacy, Dr. Zeman refers to him as M.X. …

The vast majority of people who reported a lack of a mind’s eye had no memory of ever having had one, suggesting that they had been born without it. Yet, like M.X., they had little trouble recalling things they had seen. When asked whether grass or pine tree needles are a darker shade of green, for example, they correctly answered that the needles are.

On the other hand, people with aphantasia don’t do as well as others at remembering details of their own lives. It’s possible that recalling our own experiences—known as episodic memory—depends more on the mind’s eye than does remembering facts about the world.

To their surprise, Dr. Zeman and his colleagues were also contacted by people who seemed to be the opposite of M.X.: They had intensely strong visions, a condition the scientists named hyperphantasia.

Joel Pearson, a cognitive neuroscientist at the University of New South Wales who has studied mental imagery since 2005, said hyperphantasia could go far beyond just having an active imagination. “It’s like having a very vivid dream and not being sure if it was real or not,” he said. “People watch a movie, and then they can watch it again in their mind, and it’s indistinguishable.”

Based on their surveys, Dr. Zeman and his colleagues estimate that 2.6 percent of people have hyperphantasia and that 0.7 percent have aphantasia.

We need a general phantasia scale where, say, Kamin is at 1, Philip Roth at 90, and John Updike at 99. Scientists could rank volunteers and then see what correlates with what, such as in occupational orientation.

For example, golf course architect Robert Trent Jones Sr. criticized his rival Jack Nicklaus for lacking the ability to visualize golf course shapes. Jones said Nicklaus was the world’s best critic of existing golf courses, but he cost his clients a lot of extra money when creating his golf courses by changing his mind after tons of dirt had been shoved around and he could finally see what his would look like, at which point he’d often tell his bulldozer drivers to completely change it because he’s not good at projecting an imaginary visual landscape.

On the other hand, I bet Nicklaus can recollect with great precision existent 3-d shapes he’s seen in his head, such as the greens at Augusta National:

I’ve met golf course architecture aficionados who can describe in detail the 3-d topography of all the greens on a famous golf course that they played years ago. 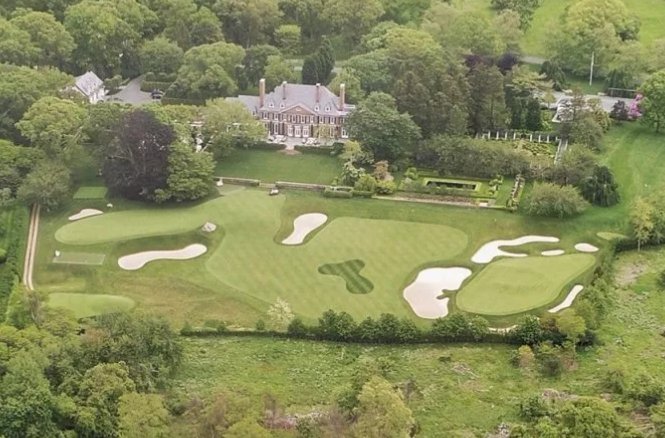 I could draw a decent map of each fairway of, say, the National Golf Links of America, which I’ve played five times, showing the general ups and downs.

But I’m drawing a blank on the putting surfaces, other than general memories like the Redan 4th hole “slopes left” and the huge green on the Short 6th hole: “it’s complicated.” (In this photo of the front yard of Charles Blair Macdonald’s mansion in the Hamptons, which is now owned by Michael Bloomberg, the Redan is reproduced on the left and the Short on the right.)

I would guess that I am mediocre to poor at conjuring visual imagery, okay at 2-d imagery, bad at 3-d imagery.

For instance, I can call up a picture of Babe Ruth in my mind, but I doubt if it’s more detailed and above average than most people’s (although who knows what the inside of other people’s minds is really like). What I am sure I am above average at instead is remembering verbal and statistical facts about Babe Ruth.

… The study suggests that the mind’s eye acts as an emotional amplifier, strengthening both the positive and negative feelings produced by our experiences. People with aphantasia can have those same feelings from their experiences, but they don’t amplify them later through mental imagery.

… The strength of the mind’s eye may exert a subtle influence over the course of people’s lives. Dr. Zeman’s questionnaires revealed that people with aphantasia were more likely than average to have a job that involved science or math. The genome pioneer Craig Venter even asserted that aphantasia had helped him as a scientist by eliminating distractions.

But that’s far from a hard and fast rule. Charles Darwin left behind writings hinting at hyperphantasia: When he was once asked to recall the objects that had been on his breakfast table that morning, he said they were “as distinct as if I had photos before me.”

Darwin was an analog scientist (e.g., distinguishing among 13 subspecies of finches on the Galapagos Islands). Venter operated in today’s much more digital scientific world that Mendel rather than Darwin ushered in.

Likewise, people with vivid mental pictures don’t have a monopoly on creative work. Ed Catmull, the former president of Pixar, announced he had aphantasia in 2019.

… Hyperphantasia creates images that seem so real that it may open the way to false memories. Similarly, people with no mind’s eye may escape some of the burdens caused by reliving traumatic experiences, because they don’t have to visually replay them.

I don’t conjure up horrifying images in my mind’s eye very often—I can do it, but I don’t very often—which perhaps contributes to my rather sunny, placid disposition. In contrast, life was probably an emotional rollercoaster for, say, Edgar Allan Poe. On the other hand, Updike and Nabokov probably had the most pleasant combination to go through life with: super strong visual imagination combined with a predilection for beauty rather than horror.