Otto von Bismarck remarked at the end of the 19th century that the most significant event of the 20th century would be "The fact that the North Americans speak English".

The half-American Winston Churchill coined the term "Special Relationship" for the ethnically-anchored alliance among the English-speaking peoples that, as Bismarck feared, more or less conquered the world in the 20th Century.

On Tuesday, The Daily Telegraph, a leading conservative newspaper in Britain, quoted an anonymous adviser to Mitt Romney commenting on the so-called special relationship between Britain and the United States: 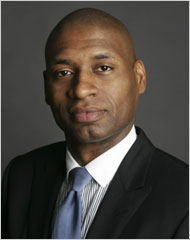 “We are part of an Anglo-Saxon heritage, and he feels that the special relationship is special,” the adviser said of Mr. Romney, adding: “The White House didn’t fully appreciate the shared history we have.”

The paper pointed out that the comments “may prompt accusations of racial insensitivity,” and they did.

The reporter who wrote the story said later on Twitter that the anonymous adviser “was a member of the foreign policy advisory team."

... Romney’s team stopped short of issuing a complete repudiation and demanding a total cleansing of these poisonous ideas from their ranks.

The phrases “if anyone said,” and “weren’t reflecting the views” are weak and amorphous and don’t go far enough towards condemnation.

The reason is simple: the Republican Party benefits from this bitterness. Not all Republicans are intolerant, but the intolerant seem to have found a home under their tent. And instead of chasing the intolerant out, the party turns a blind eye — or worse, gives a full embrace — and counts up their votes.

... In the 2000 U.S. census, only 8.7 percent of Americans identify their ancestry as English, which is ranked fourth behind German, Irish, and African-American.
The bipartisan National Association of Latino Elected and Appointed Officials Educational Fund projects that in November the Latino vote will be almost 26 percent higher than it was in 2008. That would be a staggering increase.

No amount of corporate money and voter suppression can hold back the demographic tide washing over this country. As each of these gaffes further reaffirms the Republican Party’s hostility to minorities, the shorter the party’s lifespan becomes.

I for one don’t believe that this is a coordinated effort. It’s the seepage from a hateful few slipping in like water through a compromised dam. But it will not be enough for the Republicans to plug the holes. They must drain the reservoir.

How many American politicians have gone to visit some village in Ireland where one of their great-great-great-grandfathers came from and there pledged undying cultural loyalty to the Irish?

Basically, all of them.

In principle, what is the difference between highlighting the value of one's Irish ethnicity and one's Anglo-Saxon ethnicity?

In practice, of course, Ireland is an unimportant country while England rivals America for global cultural dominance.

The Anglo-Saxons have turned out to be the biggest winners in history. Their language dominates the world in 2012.

But, the way things work in the modern world is that it's hateful and poisonous for anybody to be publicly proud of being related to a winner. To win these days, you should proclaim your victimhood whenever possible, which gives you moral authority to silence your critics.

Thus, in practice, Barack Obama rivals George H.W. Bush as the WASPiest-acting President of my lifetime, vacationing on Martha's Vineyard, playing golf, and reading Marilynne Robinson novels about Congregationalist ministers. But, if he were Brooke Osborne instead of Barack Obama, would he have ever been considered Presidential Timber? Would anybody have ever even noticed him? Of course not. Among people with a mellifluous prose style, Obama is not the most perceptive observer, but he;s got that figured out, as shown by naming his autobiography after the deadbeat African father he barely knew. Thus, Obama was offended to discover that his nasty but sensible rich African grandfather had spent his life as a head servant for the English colonists, studying the ways that made them rich and powerful, and applying them in Kenyan countryside.

In theory, we now admire losers. (In reality, we admire power and money, same as always.)

But there are reasons the losers lost. And those reasons, which ought to comprise valuable lessons for the future, are never to be mentioned in public.