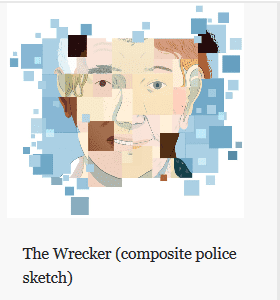 ACCORDING to some prominent voices in the tech world, artificial intelligence presents a looming existential threat to humanity: Warnings by luminaries like Elon Musk and Nick Bostrom about “the singularity” — when machines become smarter than humans — have attracted millions of dollars and spawned a multitude of conferences.

But this hand-wringing is a distraction from the very real problems with artificial intelligence today, which may already be exacerbating inequality in the workplace, at home and in our legal and judicial systems. Sexism, racism and other forms of discrimination are being built into the 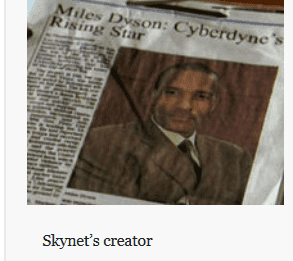 machine-learning algorithms that underlie the technology behind many “intelligent” systems that shape how we are categorized and advertised to.

Take a small example from last year: Users discovered that Google’s photo app, which applies automatic labels to pictures in digital photo albums, was classifying images of black people as gorillas. Google apologized; it was unintentional.

This is fundamentally a data problem. Algorithms learn by being fed certain images, often chosen by engineers, and the system builds a model of the world based on those images. If a system is trained on photos of people who are overwhelmingly white, it will have a harder time recognizing nonwhite faces.

A very serious example was revealed in an investigation published last month by ProPublica. It found that widely used software that assessed the risk of recidivism in criminals was twice as likely to mistakenly flag black defendants as being at a higher risk of committing future crimes. It was also twice as likely to incorrectly flag white defendants as low risk.

The reason those predictions are so skewed is still unknown

...because the company responsible for these algorithms keeps its formulas secret — it’s proprietary information. Judges do rely on machine-driven risk assessments in different ways — some may even discount them entirely — but there is little they can do to understand the logic behind them.

Police departments across the United States are also deploying data-driven risk-assessment tools in “predictive policing” crime prevention efforts. In many cities, including New York, Los Angeles, Chicago and Miami, software analyses of large sets of historical crime data are used to forecast where crime hot spots are most likely to emerge; the police are then directed to those areas.

At the very least, this software risks perpetuating an already vicious cycle, in which the police increase their presence in the same places they are already policing (or overpolicing), thus ensuring that more arrests come from those areas.

From Friday evening to the end of Monday, 64 people will have been shot in this city of 2.7 million, six of them fatally. In a population made up of nearly equal numbers of whites, blacks and Hispanics, 52 of the shooting victims are black, 11 Hispanic and one white.

Obviously, the problem in Chicago is “overpolicing” of black areas, causing blacks to be arrested (and shoot each other) so much.

Actually, if you want to arrest more whites (and Asians), computer programs could be pretty good at identifying potential examples of Crime in the Suites like price-fixing and insider trading. That’s one thing Artificial Intelligence is better than Natural Intelligence at: plowing through huge numbers of examples to find ones that seem a little off.

You’d then need forensic accountants and the like to nail it down, but nobody seems very interested in that anymore. As Hillary Clinton likes to say, concerning ourselves with the doings of malefactors of great wealth gets in the way of, what really matters: obsessing over transgender rights. Haven’t you seen “Hamilton” yet? Only racists like Andrew Jackson worry about what financiers are up to. As you’ll notice, Jackson is getting replaced by Harriet Tubman, not Alexander Hamilton.

Back to Kate Crawford:

In the United States, this could result in more surveillance in traditionally poorer, nonwhite neighborhoods, while wealthy, whiter neighborhoods are scrutinized even less. Predictive programs are only as good as the data they are trained on, and that data has a complex history.

Histories of discrimination can live on in digital platforms, and if they go unquestioned, they become part of the logic of everyday algorithmic systems. Another scandal emerged recently when it was revealed that Amazon’s same-day delivery service was unavailable for ZIP codes in predominantly black neighborhoods.

The areas overlooked were remarkably similar to those affected by mortgage redlining in the mid-20th century.

The research of magisterial historian Genius T. Coates proves that New Deal redlining regulations have more effect on American life in 2016 than anything that has happened since.

Amazon promised to redress the gaps, but it reminds us how systemic inequality can haunt machine intelligence.

Comrades, there are Wreckers everywhere! They must be liquidated.

And then there’s gender discrimination. Last July, computer scientists at Carnegie Mellon University found that women were less likely than men to be shown ads on Google for highly paid jobs. The complexity of how search engines show ads to internet users makes it hard to say why this happened — whether the advertisers preferred showing the ads to men, or the outcome was an unintended consequence of the algorithms involved.

Regardless, algorithmic flaws aren’t easily discoverable: How would a woman know to apply for a job she never saw advertised? How might a black community learn that it were being overpoliced by software?

We need to be vigilant about how we design and train these machine-learning systems, or we will see ingrained forms of bias built into the artificial intelligence of the future.

Like all technologies before it, artificial intelligence will reflect the values of its creators. 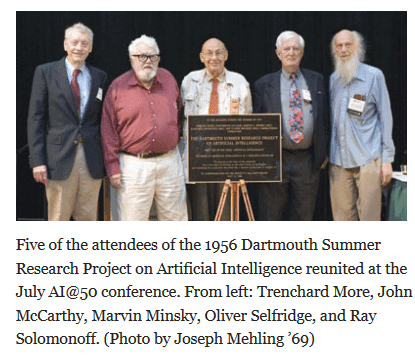 It’s all their fault.

Granted, the field is now full of Asians as well as whites, but everything is still the fault of the Evil White Guys.

Why? Just because. They’re bad. What more do you need to know? Why are you asking questions?

So inclusivity matters — from who designs it to who sits on the company boards and which ethical perspectives are included.

Kate Crawford is available to sit on the Board of your company (unicorns only need apply) and give it her imprimatur of virtuous non-White Guyness.

Otherwise, we risk constructing machine intelligence that mirrors a narrow and privileged vision of society, with its old, familiar biases and stereotypes.

If we look at how systems can be discriminatory now, we will be much better placed to design fairer artificial intelligence. But that requires far more accountability from the tech community. Governments and public institutions can do their part as well: As they invest in predictive technologies, they need to commit to fairness and due process.

While machine-learning technology can offer unexpected insights and new forms of convenience, we must address the current implications for communities that have less power, for those who aren’t dominant in elite Silicon Valley circles.

Currently the loudest voices debating the potential dangers of superintelligence are affluent white men, and, perhaps for them, the biggest threat is the rise of an artificially intelligent apex predator.

But for those who already face marginalization or bias, the threats are here.

Kate Crawford is a principal researcher at Microsoft and co-chairwoman of a White House symposium on society and A.I.

Judging by her own P.R. photo, Kate Crawford is possibly the Whitest Woman in the World.

But that’s not the point, the point is that she’s not one of those horrible White Guys that everybody is always talking about.

A former pop star who made music for very white people:

Crawford is good at self-promotion.

Seriously, if you are pundit needing to write a piece explaining Trump or Brexit or whatever, consider what a normal human reaction would be to the kind of Mindless White Guy Hate, as seen in this op-ed, that is utterly respectable in the prestige press.