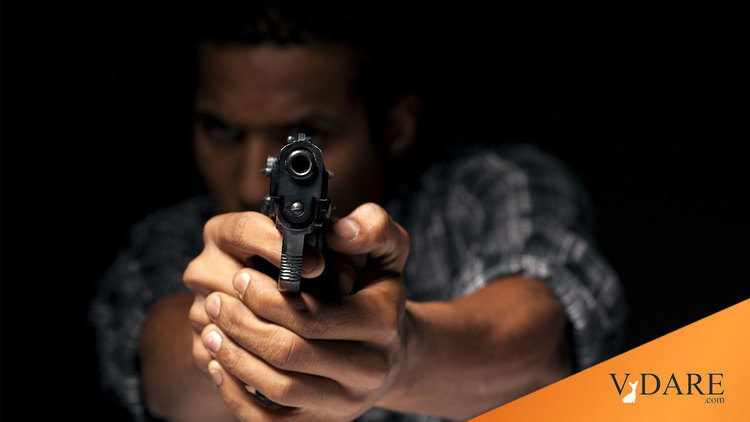 Just make it illegal to arrest black people, regardless of the crime they were committing. Better yet, in the name of racial justice just go ahead and pay them each $1,000 per month as a stipend against white privilege.

A New York City pilot program has come under fire by some for what local reports describe as a plan to pay young criminal offenders $1,000 each month for their continued involvement in the program and good behavior.

The Big Apple’s months-long plan to try out the Advance Peace model is reaching fruition this month after Mayor Bill de Blasio and Public Advocate Jumaane Williams first announced in March their intentions to pilot the program, according to a report by The Trace, which partnered with local news site The City.

The program is being tested through five police precincts, one in each of the New York City boroughs, according to a Mayor’s Office press release from March. De Blasio said during a press conference at the time that Williams approached him about utilizing the Advance Peace model.

“Under the pilot, the City will conduct outreach in areas with high levels of gun violence to identify youth who are at-risk for gun violence,” the release states. “Select individuals are then invited to join the Peacemaker fellowship, which pairs mentees with individual Neighborhood Change Agents who mentor them and set tangible goals like a driver’s license or a GED.”

It adds: “When participants achieve their goals, they receive a monetary stipend.”

The stipend, according to The Trace, has been approximately $1,000 per month for continuing fellows in past cities that have incorporated the program. Participants will be paid more money for achieving previously established goals, according to the report.

“This Advance Peace Model will guarantee a safer and fairer New York for generations to come,” de Blasio said at the time.

Author Seth Barron, managing editor of The American Mind, wrote an opinion piece for the New York Post on Sunday, titled: “De Blasio’s plan to give a grand a month to violent offenders is insane.”

“If giving a grand a month to violent teens – on the proviso that they receive ‘mentoring’ from older ex-cons – sounds like a good use of money, well, you’re in luck,” he wrote. “According to Public Advocate Jumaane Williams, investing in the Advance Peace model ‘isn’t only a moral obligation, it’s a governing imperative.’”

In his piece, Barron excoriated the program, which he described as “handing out cash to gun thugs,” and Advance Peace’s “mixed” record.

The model was first utilized in Richmond, California, and was later adopted in Sacramento, Stockton and Fresno, as well as in Fort Worth, Texas, according to The Trace.

Hard to care about what’s happening in Afghanistan when local governments across the USA are actively working to de-criminalize crime and then pay individuals who should be behind bars a monthly stipend just for not behaving badly.