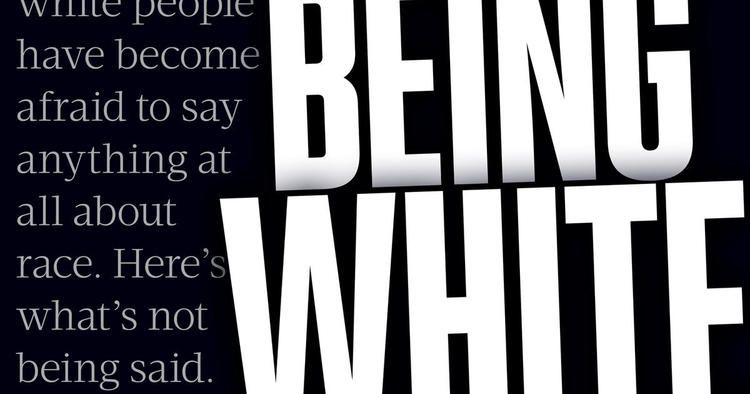 At Mayor Nutter's request, the city Human Relations Commission will conduct an "inquiry" into race relations in the city, following Philadelphia magazine's widely criticized cover story, "Being White in Philly."

In a letter, Nutter tore into the magazine and the story, which quoted anonymous white Philadelphians about their view on race and has been attacked for promoting negative stereotypes and not including the views of minorities.

"This month Philadelphia Magazine has sunk to a new low even for a publication that has long pretended that its suburban readers were the only citizens civically engaged and socially active in the Philadelphia area," Nutter wrote. He called the piece "pathetic" and said it didn't rise "to the level of journalism."

He also called for a "rebuke" of the magazine and writer, Bob Huber, saying that while he recognizes the 1st Amendement protects "the media from censorship by the government," free speech is "not an unfettered right."

"I ask the Commission to evaluate whether the 'speech' employed in this essay is not the reckless equivalent of 'shouting, "fire!" in a crowded theater,' its prejudiced, fact-challenged generalizations an incitement to extreme reaction," Nutter wrote.

On Reddit, I found a text version of Nutter's letter to the Human Rights Commission, which doesn't seem to be widely available elsewhere:

This month Philadelphia Magazine has sunk to a new low even for a publication that has long pretended that its suburban readers were the only citizens civically engaged and socially active in the Philadelphia area. Its March cover piece, "Being White in Philly," aggregates the disparaging beliefs, the negative stereotypes, the ignorant condemnations typically, and historically ascribed to African-American citizens into one pathetic, uninformed essay quoting Philadelphia residents, many of whose names either the author or the speakers themselves were too cowardly to provide.

That the magazine thought a collection of these despicable, over-generalized, mostly anonymous assumptions rose to the level of journalism is unfortunate enough. Worse, some of the residents of the nation's fifth-largest city who are quoted in the piece seem to have ignored every positive anecdote they might otherwise have shared about a positive experience with African-Americans in favor of negative stories, many of them not even clearly attributable to African-Americans at all, to allow the author to feed his own misguided perception of African-Americans — notwithstanding his own acknowledged daily experience on his own block as an ethnic group that, in its entirety, is lazy, shiftless, irresponsible, and largely criminal. Moreover, compounding the sin of having allowed this article to be published in the magazine - and as a cover story, no less the magazine cynically and hypocritically distributed its March issue with two different covers : reportedly one, for its subscribers, with the provocative article as the cover story; the other, with an attractive woman of color on its cover, for Philadelphia hotel guests and visitors.

Anyone who reads a newspaper or walks through some of the city's poorer neighborhoods knows that the "vast and seemingly permanent . . . underclass" is not only black; the poverty rate in the City of Philadelphia is 28.4% and comprises not only African-Americans but Caucasians, Latinos, and members of other ethnic groups as well - ethnic groups that are suspiciously absent from an essay that purports to decry the inability for white Philadelphians to have an "honest" conversation about "race."

More egregiously, the author of this essay, who notes that "[w]hat gets examined publicly about race is generally one-dimensional, looked at almost exclusively from the perspective of people of color," commits the same sin in reverse, by examining race exclusively from the perspective of, apparently, fifteen white people who have used isolated negative experiences to draw pervasive generalizations that the author then ascribes to the belief system of Philadelphia's entire white population.

Philadelphia Magazine editor Tom McGrath defends his decision to publish the story by declaring, first, that it "is a story" merely because it features white Philadelphians, as opposed to Philadelphians of color, talking about race, as if merely saying that an article quoting the random thoughts of a random collection of people in selected areas of the city is worthy of publication makes it so. McGrath's second contention is that refusing to publish a piece about race would have rendered the problems of the city's "underclass" theirs, and theirs alone, to fight, as if the city's African-American population and its underclass are one and the same. Indeed, perhaps McGrath's description of Bob Huber's essay as a "story" is accurate. The Oxford Desk Dictionary and Thesaurus defines "story" as "1. an account of imaginary . . . events." Oxford Desk Dictionary and Thesaurus, American Edition (Oxford University Press, 1997). However, trying to deconstruct the article's many logical fallacies not only is an exercise in futility but offers the piece unearned credibility. Obviously, unless the resident whose chair was stolen or pumpkin smashed actually witnessed these acts of vandalism being committed by an African-American person, an assumption by the victim or the author about the ethnicity of the perpetrator is patently foolish.

Obviously, the many positive, crime-free experiences of the thousands of Temple University students of all ethnic groups, bursting outward on the campus' ever-expanding footprint that has for decades included fraternity houses and University-owned rental housing, belie the cynical presumptions of a police officer whose job, after all, is to focus attention on the criminals rather than the law-abiding citizens. Surely Dennis, the math teacher in Kensington, might have used the criticism he received for calling his young male student, "boy," as a learning experience about the history of the relationship between Caucasians in the United States and African-American males, and identified a different way to discipline or speak sternly to the young man in the future, rather than interpreting it as evidence that "no one at the school could do anything, no matter how badly [the young man] misbehaved." Is it "possible" that Anna from Moscow just doesn't know that much about African Americans in America or our country's complicated racial history than does Dennis' young student? Rather than raging against the abject ignorance reflected in this uninformed, ill-advised, ill-considered, uninspired, and thoroughly unimaginative lament, I believe we should take the opportunity this essay offers to conduct a more comprehensive, fact-intensive evaluation of the racial issues and attitudes that provide the prism through which not only Philadelphians, but Americans across the country, view the many challenges that confront us as a community and as a nation.

I therefore request that the Philadelphia Commission on Human Relations, which is charged by the Philadelphia Home Rule Charter with a mandate, among other duties, to "institute and conduct educational programs to. . . promot[e] . . understanding among persons and groups of different races, colors, religions and national origins," conduct an inquiry into the state of racial issues, biases, and attitudes within and among the many communities and neighborhoods in the City of Philadelphia. Also, because the performance of its duties the Commission may cooperate with interested citizens and with public and private agencies," I ask that the Commission take testimony from individual citizens and from organizations including but not limited to community groups, non-profit organizations, community development corporations, law enforcement agencies, and religious organizations — perhaps citizens and organizations representing the ethnic, economic, and social diversity easily found in our great city — for the purpose of submitting to me and our city a report on the state of racial issues in Philadelphia, identifying the racial attitudes, both positive and negative, that pervade our civic interaction and our discourse; the obstacles and opportunities that those attitudes present; and recommendations for the improvement or enhancement of racial interaction and the encouragement and embrace of the diverse culture that Philadelphia enjoys. Finally, I ask that the Commission consider specifically whether Philadelphia Magazine and the writer, Bob Huber are appropriate for rebuke by the Commission in light of the potentially inflammatory effect and the reckless endangerment to Philadelphia's racial relations possibly caused by the essay's unsubstanfated assertions.

I was kind of under the impression that freedom of speech was a "human right," but I guess that's so 20th Century.