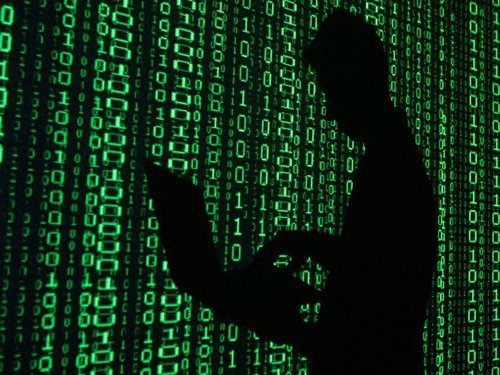 Curtis Yarvin is a software engineer who was scheduled to give a talk at the tech conference Strange Loop. His talk had nothing to do with politics and was instead focused on a "new system software stack," a phrase which probably has little meaning to most liberal arts majors.

However, Yarvin is also known as the noted neoreactionary figure "Mencius Moldburg" of "Unqualified Reservations." Neo-Reaction (or #NRx on Twitter) is a developing school of thought that questions many of the egalitarian assumptions of the present political culture. And so, Yarvin/Moldbug was, as they say, permabanned.

In an email to Yarvin, Strange Loop creator Alex Miller said that while he did not normally seek to “audit” the political opinions of attendees, Yarvin’s theories risked “overshadowing” the conference. Responding to a request for comment, Miller said he is trying to create a conference “where the focus is on technology and the topic being prestented”...

In addition to  being a software engineer, Yarvin also writes political theory, under the pen name “Mencius Moldbug”. His critiques of liberal democracy and enlightenment values have attracted vociferous criticism across the internet — but also praise for their intellectual nuance and contribution to political discourse. Sam Bowman, Deputy Director of the ASI think tank in London has even suggested that Yarvin may be the “greatest living political thinker”.

In academia, critiques of liberal democracy are not uncommon. Communitarians and ethical relativists have been offering philosophical critiques of liberal universalism for some time. Critiques of democratic theory have also made a comeback in political philosophy recently, in the form of Jason Brennan and David Estlund’s considerations of “epistocracy”, or expert rule. And Yarvin’s idea of a “patchwork” of independent city-states was also anticipated by the libertarian philosopher Robert Nozick, who envisaged a similar system in Anarchy, State and Utopia (1976). Yarvin himself might be surprised at how uncontroversial his theories would be in the academy.

It cannot be emphasized enough that, so far as the public record shows, 2 or at most 3 "No Platform" radical leftists managed to get Yarvin banned from this conference in about three hours. Even if those outrageous claims (e.g., "fascist" absolutely provably false) were proven, there certainly would not have been time for Miller to substantiate those claims.

This kind of experience is common. Generally, it only takes a handful of complainers to get a conference or a speaker canceled. The paranoia, fear, and what can only be called cowardice surrounding charges of "racism" or "extremism" are more more responsible for the collapse of real liberty in the United States than the efforts of the Stalinist Left.