In C. S. Lewis's Narnia novel The Horse And His Boy a young boy named Shasta is washed up on the beach in Calormen, an imaginary country that shares many semi-barbaric features with Arabia. Shasta, a fair-haired Narnian, is adopted by a fisherman named Arshish, who beats him, doesn't feed him much, and makes him work. One day, a nobleman rides up on a horse and offers to buy Shasta, since slavery is one of the many features that Calormen society shares with Arabian society. (Also polygamy, autocracy, cruelty, torture, treachery, and bloody dynastic squabbles.) The fisherman starts to talk price: 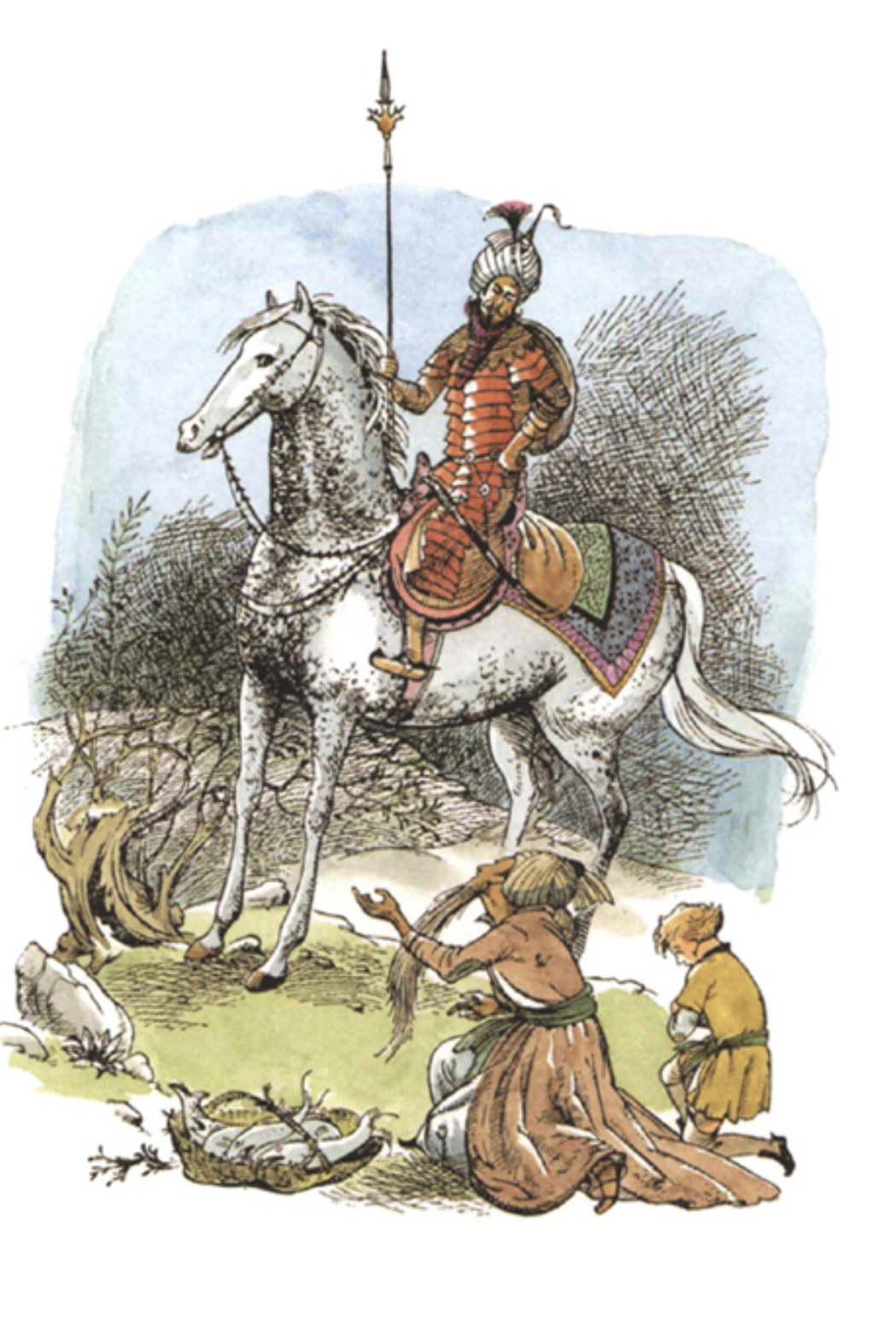 "O my master," replied the fisherman (and Shasta knew by the wheedling tone the greedy look that was probably coming into his face as he said it), "what price could induce your servant, poor though he is, to sell into slavery his only child and his own flesh? Has not one of the poets said, 'Natural affection is stronger than soup and offspring more precious than carbuncles?"'

"It is even so," replied the guest dryly. "But another poet has likewise said, "He who attempts to deceive the judicious is already baring his own back for the scourge." Do not load your aged mouth with falsehoods. This boy is manifestly no son of yours, for your cheek is as dark as mine but the boy is fair and white like the accursed but beautiful barbarians who inhabit the remote North."

I thought of this, as I listened to a dramatization of it done by UK writer and broadcaster Brian Sibley.

The dramatization contains exactly the same incident, but the nobleman simply says "He is, unless I am much mistaken, one of those beautiful barbarians who inhabit the remote North," without letting the listener know how he can tell—because "father" and son are two different colors.

The difference between the two versions is that Lewis wrote the story in 1954, when there were almost no Muslims in England, and no Commission On Racial Equality, and the dramatization was done in 2000, when both Muslims and the CRE were already powers in the land.