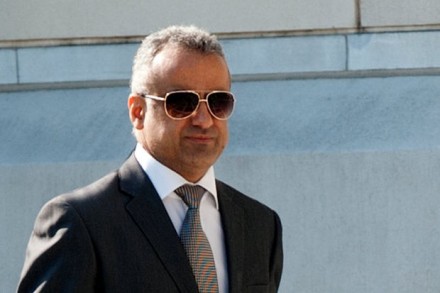 The Jersey Journal’s Michaelangelo Conte reports the sentencing of a “North Bergen man” for the sexual molestation of a sleeping female airline passenger today. His name is Bawer Aksal. He was found guilty last July.  He was sentenced to eight years. Readers of this site will not be surprised to learn that the “The North Bergen” man is in fact, a naturalized but not terribly civilized Turk. That fact, is mentioned nowhere in the headline.

It’s four paragraphs down, below the victim’s statement. But even this is a bit misleading, as on paragraph ten we learn he is not an ordinary Turk, but an ethnic Kurd, raised in a Turkish State orphan facility. Perhaps this is where he learned his nocturnal seduction techniques?

The victim testified that, “She woke to find Aksal fondling her breasts with one hand while his other hand was down her shorts and penetrating with his fingers.” [North Bergen man who sexually assaulted woman on plane gets 8 years, January 29,  2014]

According to reporting by the Journal, Aksal maintains his innocence and asserts that the victim came on to him. This version didn’t sway the jury. The FBI’s forensic evidence and a tweet from the victim complaining about the “&$%@ guy” rubbing his “Hairy arm,” on her, before the assault and testimony from flight attendants and passengers, carried the day for the prosecution.

The paper never asks why US immigration authorities admitted a Kurd raised in an institution to our shores. The Kurds are a people with a hard history with a lot of banditry and sectarian violence.  Why did we allow Turkey to export their Kurdish problem to our country?

In fairness to Mr. Aksal, he wants us to know that he is not THAT kind of immigrant criminal. He said at his sentencing, “I am a secular person, your Honor. I love this country. I love America, period. I believe in the equality of men and women. In my country, my sisters were always left behind. This has been my philosophy my entire life and my philosophy will never change, due to this incident or anything else.”

Well, it’s back to the institutional life for Mr. Aksal, at our expense. Sleeping cellmates beware.

Costs of multiculturalism
<< Previous
Next >>
LATEST