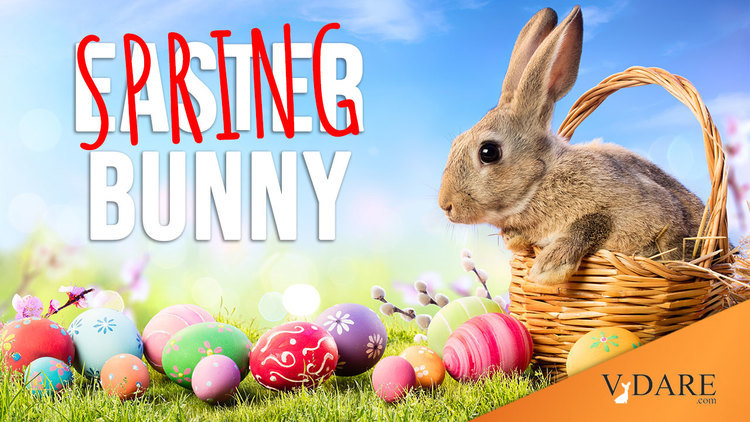 No War on Easter? Tell It To The "Spring Bunny"!

Michael Medved proposes, in the Daily Beast of all places, that the reason there's no "War On Easter" like there's a War on Christmas is that Easter is so religious, compared to Christmas:

Why There’s No ‘War on Easter’ by Michael Medved

"Unlike the December holidays, separating Easter and Passover from their religious roots is impossible—no one can agonize over the ‘December Dilemma’ or our increasingly tedious ‘War on Christmas,’ says Michael Medved. "

I'm not going to bother with his actual argument, since it's based on the premise that there is no War on Easter, which for those haven't read our coverage of it in previous years, I can refute with two words:"Spring Bunny."

War On ChristmasWar on Easter
<< Previous
Next >>
LATEST