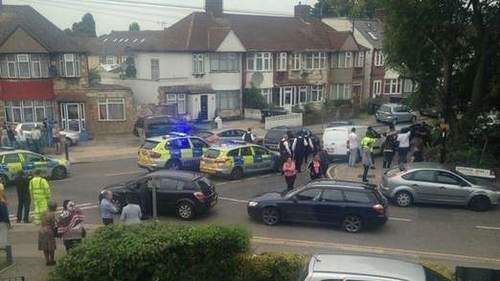 Scene of the crime

A day after the murder, SkyNews still doesn't want to tell us the name or race of the suspect in the beheading of Palmira Silva, an 82-year-old Italian widow in Edmonton, a suburb of London.

Woman Found Beheaded In Back Garden Named A man is arrested on suspicion of murder after Palmira Silva, 82, is attacked in broad daylight in Edmonton, north London. 11:23am UK, Friday 05 September 2014

A 25-year-old man has been arrested on suspicion of murder after an 82-year-old woman was beheaded in broad daylight in a suburban back garden.

International Business Times isn't so squeamish. Nor are other news outlets. He's black. And he's Muslim. He is cage fighter Nicholas Salvadore.

As for SkyNews, does anyone wonder why the authorities in Rotherham covered up the Muslim sex slavery ring that wrecked the lives of 1,400 girls between 1997 and 2013.