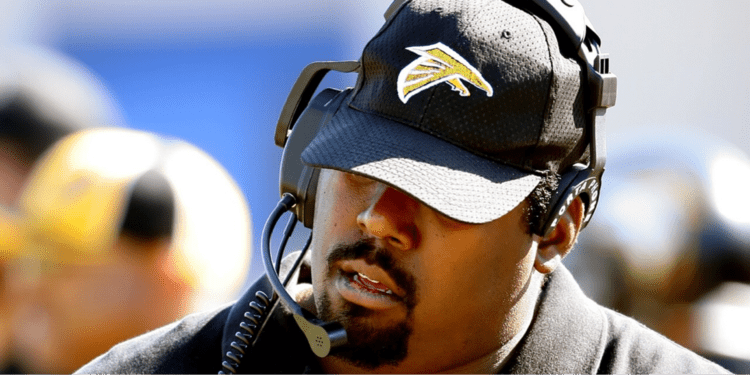 In 2019, the National Football League (NFL) boasted a roster that was only 29.9 percent white. The league is roughly 69 percent black.

No one cares about the paucity of white players in the NFL, especially with zero white corner backs, only a handful of white running backs, and a dwindling amount of white wide receivers. But, the real crisis is the lack of black head coaches and black general managers. How to fix this problem in a league where 7 of 10 players is non-white?

How about boosting draft pick position if you hire blacks to be a coach or a general manager?

Owners to vote on resolution to incentivize minority HC, GM hires, NFL.com, May 15, 2020

During his state of the league address three months ago at Super Bowl LIV in Miami, Commissioner Roger Goodell acknowledged a need to increase the opportunities for minorities to become head coaches and general managers.

“Clearly we are not where we want to be on this level,” he said. “It’s clear we need to change. We have already begun discussing those changes, what stages we can take next to determine better outcomes.”

The call to action grew even louder after only one of the five coaching vacancies during the offseason was filled by a person of color, continuing a trend in which just three of the past 20 openings have gone to a minority. Now in perhaps its most aggressive and controversial attempt to address the issue, the league will present a pair of resolutions this coming Tuesday during the owners’ virtual meeting that it hopes will level the playing field.

The first would remove the longstanding anti-tampering barrier that permits clubs to block assistant coaches from interviewing for coordinator positions with other clubs, even though having coordinator experience is typically the final and most significant step in becoming a head coach. The other would incentivize the hiring of minorities as head coaches or primary football executives by rewarding teams with improved draft slots, multiple sources told NFL.com.

The sources spoke on the condition of anonymity because of the sensitive nature of the topic. The league declined to comment Friday on this specific agenda for Tuesday’s meeting. But if the resolutions were to be voted in under the League Policy on Equal Employment and Workplace Diversity, they would work as follows:

Why not just make it against the league rules of the NFL to hire or promote white head coaches or white general managers? Isn’t that the course corporate America is on? Shouldn’t the NFL just go ahead and be the ultimate trendsetter in ensuring true diversity is implemented? After all, the NFL gets an A+ rating from The Institute for Diversity and Ethics in Sport for the league being only 29 percent white.

Reminder: the league is celebrated for being less than a third white when it comes to the players on the field.

The NFL is just trying to show the private and public sector in America how to implement diversity goals: reward replacing (and denying) white people in employment!