NEW YORKER: White People Must Start To Realize That Beethoven, Mozart, Bach, Wagner, Verdi, Debussy, And Strauss Were All White

From the New Yorker:

The field must acknowledge a history of systemic racism while also giving new weight to Black composers, musicians, and listeners.

… What Ewell calls “the white racial frame”—he takes the term from the sociologist Joe Feagin—has the special power of being invisible. Thurman, in her paper “Performing Lieder, Hearing Race,” makes a similar point: “Classical music, like whiteness itself, is frequently racially unmarked and presented as universal—until people of color start performing it.”

The hysterical complaints that Ewell was proposing to “cancel” the classical canon stemmed mainly from a blog post in which he called Beethoven an “above-average composer” who has been “propped up by the white-male frame, both consciously and subconsciously, with descriptors such as genius, master, and masterwork.” … Ewell provokes with a higher purpose: he is goading a classical culture that awards the vast majority of performances to a tight circle of superstars, shutting out female and nonwhite composers who, until the mid-twentieth century, had little chance of making a career. In some ways, that Valhalla mentality is as entrenched as ever.

The whiteness of classical music is, above all, an American problem. …

Classical-music institutions have just begun to work through the racist past. Scores of opera houses, orchestras, chamber-music societies, and early-music ensembles have declared solidarity with Black Lives Matter, in sometimes awkward prose. Because of covid-19, most performance schedules that had been announced for the 2020-21 season have been jettisoned, and the drastically reduced programs that have emerged in their place contain a noticeable uptick in Black names. When the virus hit, we were in the midst of the so-called Beethoven Year—a gratuitously excessive celebration of the two-hundred-and-fiftieth birthday of a composer who hardly needs any extra publicity.

There are always people who haven’t yet been exposed to Beethoven who benefit from anniversary celebrations. I can recall all the publicity given to Beethoven’s 200th birthday in 1970, especially by Charles M. Schulz’s Peanuts comic strip:

It remains to be seen whether this modest shift toward Black composers will endure beyond the chaotic year 2020. …

In reality, for every worthy black composer of classical music there are probably, say, 1,000 even better white composers who are almost completely forgotten today.

Think about the best athlete you knew growing up. He probably topped out at say Double AA ball in the minor leagues or the like. Well, Europe has had over the last 400 years maybe 100,000 composers of the equivalent skill.

Heck, the European classical heritage is so enormously rich that lots of music even by the immortals has been forgotten. For example, my favorite Pacific Opera Project production of the last few years was Rossini’s La Gazzetta, in what appears to have been only its second production in the United States since the 19th century. And Rossini is an all-time top half-dozen opera composer. *

In the same vein, mainstream organizations are giving more attention to a Black classical repertory: the elegantly virtuosic eighteenth-century scores of Joseph Bologne; the folkloric symphonies of Price, Still, and Dawson; the African-inflected operas of Harry Lawrence Freeman and Shirley Graham Du Bois. Yet such activity goes only so far in challenging an obsessive worship of the past. These works remain largely within the boundaries of the Western European tradition: … Furthermore, this programming leaves intact the assumption that musical greatness resides in a bygone golden age. White Europeans remain in the majority, with Beethoven retaining pride of place in the lightly renovated, diversified pantheon. …

The Met has yet to present an opera by a Black composer, though a production of Terence Blanchard’s “Fire Shut Up in My Bones” is planned for a future season….

That sounds dire. As you may recall, when Spike Lee’s career was briefly on an upward trajectory long ago in the 1980s, he employed his father, a veteran jazz musician, to score his movies. But then his widowed father remarried, to a white Jewish woman, breaking Spike’s heart. He fired his dad and hired the depressing Blanchard, and his movies have mostly been bad ever since.

At bottom, the entire music-education system rests upon the Schenkerian assumption that the Western tonality, with its major-minor harmony and its equal-tempered scale, is the master language. Vast tracts of the world’s music, from West African talking drums to Indonesian gamelan, fall outside that system, and African-American traditions have played in its interstices.

But of course Western classical music is the master language of music. For example, gamelan music, while cute, isn’t exactly Beethoven or Wagner. We have the judgment both of highly cultured East Asians and of the world’s movie fans, who expect film scores based on the 19th century Romantic tradition.

Basically, the Woke argument comes down to: Beethoven couldn’t have been all that: after all, he was white.

Between now and Beethoven’s 250th birthday in December, we are going to be told countless times by the Wokely enlightened that Beethoven enjoyed White Privilege. 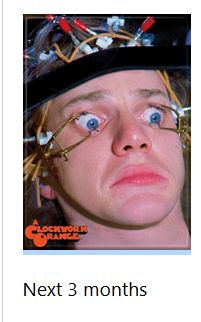 You might think that they would strategically decide that it doesn’t help their campaign to diss Beethoven. After all, Beethoven is Beethoven. The smart thing would be to not remind white people that Beethoven was white and they hate him for that. But they are so twisted by ressentiment that they just can’t help themselves.

* Here, via OperaBase, are most performed composers from 2004-2019 of classical vocal works (operas, operettas, oratorios, etc.):

It’s a steep pyramid with tough competition: e.g. Bach is barely 1% as popular as Verdi. Two of the top opera composers died young: Mozart at 35, but also Bizet (Carmen) at 36. Here’s a speculative essay on what Mozart would have composed if he’d lived out his three score and ten, such as around 1810 an opera of Faust with a libretto by Goethe himself.