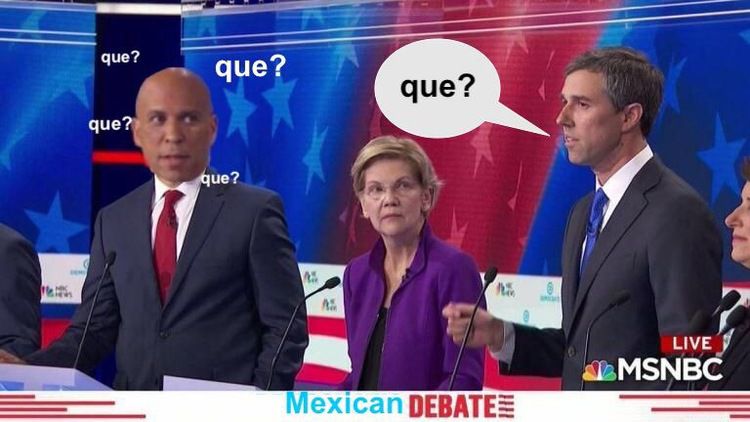 The Democrat campaign gaggle has been quite the diversity parade, including language. We saw some of that when Beto O’Rourke was first to cross the Spanish line during the first Democrat debate in order to display his diversity (which is fake, since he is “just another privileged white guy” according to USA Today.) 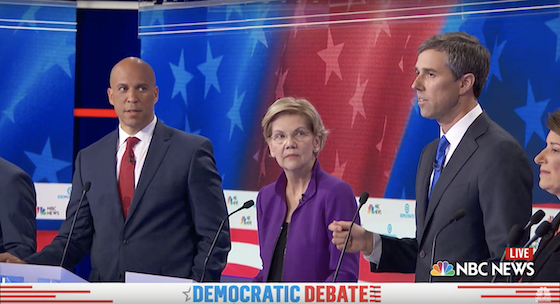 The behavior provided fodder for late-nite hosts, like Stephen Colbert who mused, “He’s either trying to lock up the Hispanic vote or he’s running for embarrassing dad at a Mexican restaurant.”

Wiser minds have assessed that language diversity in a nation is a very bad idea indeed. In former Colorado Gov. Dick Lamm’s famous 2006 speech, “My Plan to Destroy America”, a top to-do item was just that:

1. We must first make America a bilingual/bicultural country. History shows that no nation can survive the tension, conflict and antagonism of two competing languages and cultures. It is a blessing for an individual to be bilingual; it is a curse for a society to be bilingual.

Scholar Seymour Martin Lipset put it this way: “The histories of bilingual and bicultural societies that do not assimilate are histories of turmoil, tension and tragedy.”

Even the New York Times asked whether the Spanish language is really a plus:

But wait — I thought the Times adored all forms of diversity. Apparently there are limits.

MIAMI — In his months on the campaign trail, Beto O’Rourke has wanted to make one thing explicitly clear: He is not a pendejo.

Never mind whether anyone in the audience understands the Spanish slang for idiot, it is now a standard part of his stump speech: “We don’t want our kids looking back at us 40 years from now and saying, ‘Who were those pendejos?’ ”

“Necesitamos incluir cada persona en nuestro democracia,” he said, responding to a question about taxes with a riff on inclusion, roughly translated as: “We must include every person in our democracy.”

Unlike Beto, candidate Julian Castro really is Hispanic, but speaking Spanish is thought by the Times writer to be an extraneous strategy in the campaign, when only 13 percent of US voters say Spanish as their primary language.

“If you are going to butcher the language, you are better off sticking to English,” said Arturo Vargas, the chief executive officer of the National Association of Latino Elected and Appointed Officials. The group hosted a presidential forum in Miami in June in which eight candidates spoke to several hundred people.

Privately, Mr. Castro has seethed over the scrutiny of his Spanish. In 2016, he strongly denied a report in The New York Post’s gossip pages that he was “cramming with Rosetta Stone,” while Hillary Clinton was mulling her potential running mate. Ultimately, she chose Senator Tim Kaine, who is bilingual.

During the 2016 Republican primary campaign, Ted Cruz and Marco Rubio, who are both Cuban-American, sparred over who really knew the language. Donald Trump attacked Jeb Bush for using Spanish, echoing an argument made by Tom Tancredo, a Republican who ran for president in 2007. At the time, Mr. Tancredo boycotted a Spanish-language debate for Republican presidential candidates, saying it had no place in the presidential race because naturalized citizens must know English.

Amen to that, Tom.